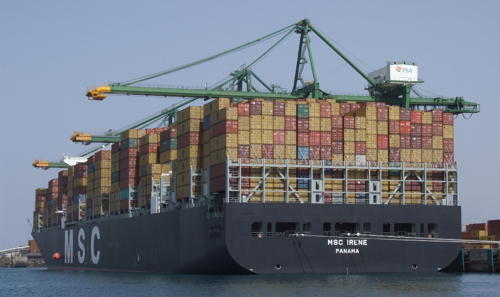 May 5, 2021 (EIRNS)—At the close of the April 6 deadline for submitting bids to construct a new, huge container terminal at Portugal’s Sines Port, not a single bid had been entered. Port authorities blamed the fiasco on the drop in world shipping from the pandemic, and are talking of launching another offer with more “flexible” conditions when “market conditions” are better. The chairman of the port’s board of directors José Luís Cacho assured that the port expansion will happen, calling the possibility of a two-year delay “almost irrelevant.”

Most likely more than pandemic effects were involved. Portugal and China have been working for several years to use the planned “Vasco de Gama” terminal at Sines’s excellent deep-water port, just south of Lisbon on the Atlantic coast, as a key Belt and Road Initiative hub, connecting the westernmost point of the Eurasian rail network with the Maritime Silk Road in the Atlantic, thereby facilitating trading connections with the Americas and the Western coast of Africa. The Schiller Institute supported the plan as key for developing the Americas, and Portugal pinned its own industrial expansion on the project, envisioning proudly a return to its historic role as a leading center of maritime development. In late 2018, Portugal signed a Memorandum of Understanding with China on the Belt and Road, becoming one of the few countries in Europe willing to counter pressure from Washington and the EU.

The Anglo-American nexus moved in. The U.S. Embassy organized multiple visits of U.S. gas companies promising big investments to build up Sines’s LNG facilities. The Portuguese government welcomed investments from all serious bidders, but in September 2020, U.S. Amb. George Glass told the Portuguese daily Expresso that Portugal is inevitably “part of the European battlefield between the United States and China,” and Portugal now had to choose between its American “friends and allies” and its “economic partner” China. Among other threats, Glass stated that if Portugal awarded the Sines terminal contract to China, the U.S. would pull out of its LNG investments there.

Keeping the pressure on, former British diplomat John Dobson published an op ed in the Sunday Guardian of India on Dec. 5, 2020, picked up in Portugal, stating that the fight over Sines was an “economic flashpoint” between China and the U.S., similar to the military flashpoint building up in the South China Sea. “So will it be America’s huge LNG terminal, or China’s huge container port?,” he wrote. “Whoever is the winner, the geopolitical consequences will be massively significant.”