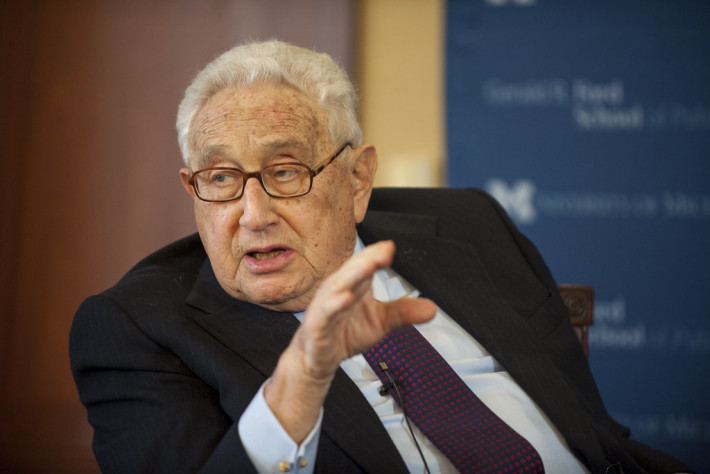 May 2 (EIRNS)–Henry Kissinger warned that pushing the conflict with China is threatening the extinction of humanity. Speaking to the McCain Institute’s Sedona Forum on April 30, said: “For the first time in history, humanity has the capacity to extinguish itself in a finite period of time. We have developed technology beyond what anyone imagined 70 years ago.”  This is not only a nuclear issue as it was then, Kissinger said, “but also a high-tech issue with artificial intelligence, now based on the fact that we are now a partner of machines, and machines can make their own decisions.”

Kissinger also observed that while the Soviet Union was a major nuclear power, it was not, like China today, a major technological power. “A conflict today with such a high-tech power would be of such colossal input and significance…. It’s the biggest problem for America; it’s the biggest problem for the world. Because if we can’t solve that, then the risk is that all over the world, a kind of Cold War will develop between China and the United States.”

While the U.S. must remain “true to its principles,” Kissinger said, there must be “continual negotiations with China,” as well as with Russia. It was a mistake, he said, “that we haven’t had serious negotiations with Russia for over a decade.” Diplomacy cannot always resolve the problems, he said, but if it fails, “we have to be sure that we have tried all options.”
Russia had a powerful nuclear military capacity, he said, but they “didn’t have developmental technological capacity as China does. China is a huge economic power in addition to being a significant military power.”