Russia’s Peskov: Crimea Not a Topic of Any Putin-Zelensky Meeting 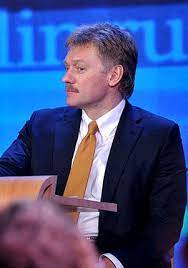 Russia’s Peskov: Crimea Not a Topic of Any Putin-Zelensky Meeting

April 23 (EIRNS)–The Kremlin spokesman Dmitry Peskov said that Crimea would not be on the agenda for any meeting between Russian President Vladimir Putin and Ukrainian President Volodymyr Zelensky, as Crimea is not a Ukrainian matter. While a meeting between the two leaders is still on the agenda, there is as yet no venue. Zelensky proposed meeting Putin in the Donbas region of Ukraine. But Putin rejected the proposal and said that Zelensky should meet with the Donbas people, as Russia was not a party in that internal conflict in Ukraine. He suggested that Zelensky come to Moscow to meet to discuss bilateral relations, but Crimea is not on the table.