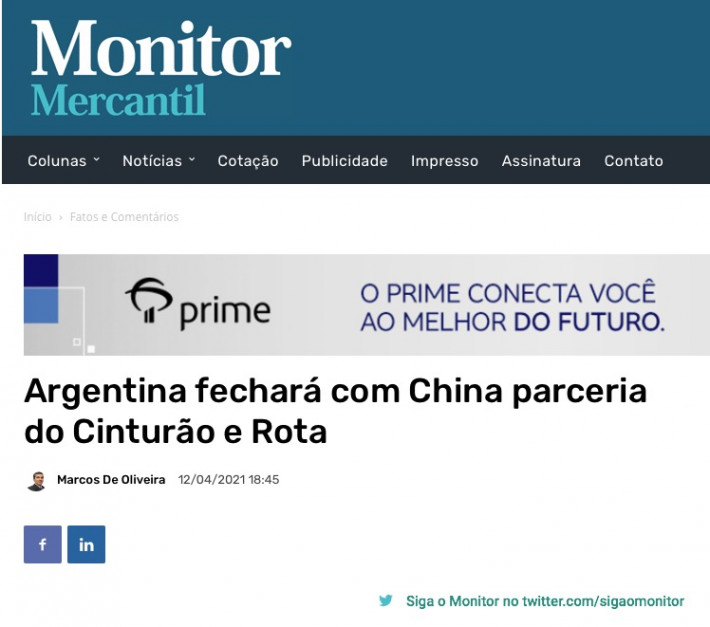 “Argentine President Alberto Fernández will visit China in May with a mission which is fundamental for Latin America: he will sign a Memorandum of Understanding on the Belt and Road Initiative (BRI). This is a global infrastructure project involving nearly 150 nations, which breaks out of the merely financial economy sponsored by London and Wall Street, in favor of a high-tech, science-driver approach to development.

“For Latin Americans, it is an opportunity to develop partnerships in the areas of technology and infrastructure. The Chinese have for some time shown an interest in rail projects in the region. What is important for us is to make the investments conditional on transfer of technology and development, so that Latin America doesn’t remain a mere exporter of raw materials, as in colonial times.

“‘Such development is the way—the only way—to stop the drug trade, stop desperate migration, stop the gangs, stop the poverty, and stop the pandemic,’ according to a document issued by the Schiller Institute. The Germany-based group views cooperation between Argentina and Mexico as a lever to attract international support to address the entire region. “Meanwhile, Brazil continues on poor terms with China and is leaving the BRICS aside. It is precisely from 3 of the 5 countries that make up that bloc (Russia, India and China) that the vaccines come that could pull our country out of the health and economic quagmire in which it is sunk.”  The coverage can be found at this link.