The COVID Pandemic Is Surging in The U.S. 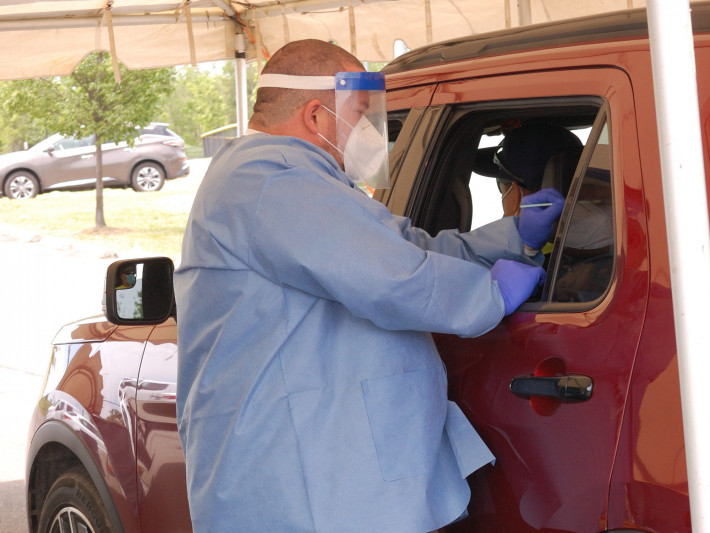 The COVID Pandemic Is Surging in The U.S.

Just as British military intelligence had instructed months ago, the heart of the Biden-Harris “strategy” for the elections – along with the dirty tricks and coup mobilization – is to try to lay the 220,000 U.S. COVID deaths on Trump’s doorstep. That pandemic, and those deaths, are actually the result of British economic policies implemented over a half century by the likes of the Bush and Obama administrations, and those policies are what the Biden campaign would continue in spades. But the problem is that, while critical progress is being made on the vaccine front, the pandemic itself – infections, hospitalizations, deaths – continues to escalate out of control, both in the United States and internationally.

The following formulation from Reuters is typical of the British line: “Trump’s handling of the coronavirus pandemic, which has killed more than 221,000 Americans so far, has become the top issue for him and Democratic candidate Joe Biden in the Nov. 3 election.”

On Friday, the U.S. hit its highest one-day number of infections at more than 83,000 — more than 6,000 higher than the country’s previous record set in July. The seven-day average of new daily cases was over 63,000 Friday – which, according to Johns Hopkins University tracking is an 84% increase over mid-September, which is when things started increasing again. And all of this is before the expected increase coming from colder weather, Thanksgiving and so on. Michael Osterholm, director of the Center for Infectious Disease Research and Policy at the University of Minnesota, warned yesterday that “We easily will hit six-figure numbers in terms of the number of cases. And the deaths are going to go up precipitously in the next three to four weeks, following usually new cases by about two to three weeks.”

Testing has been increasing over the recent period, but nowhere near as rapidly as the new infections. CNBC reports that the U.S. conducted more than 1.1 million tests on Thursday and a record 1.2 million tests on Friday, and that testing has increased by nearly 11% since Oct. 1. “That compares with a 46% jump in the average daily rate of new infections over that same period, from roughly 42,000 per day to more than 60,000.” Reuters reports that “on Thursday, there were 916 reported fatalities in the United States, a day after the country recorded over 1,200 new deaths for the first time since August. Also on Thursday, the number of COVID-19 patients in U.S. hospitals climbed to a two-month high. There are now more than 41,000 hospitalized patients with coronavirus across the country, up 34% from Oct. 1.”

There is of course a differentiated picture, state by state, which is important to keep in mind; but it is also the case that there is a national (and international) dynamic of the disease, since we function as a single country, people cross states lines all the time, and so on.

Dr. Anthony Fauci also continued to warn about the coming Fall-Winter surge, and pressed for broader use of masks. The needed measures “sound very simple, but we’re not uniformly doing that and that’s one of the reasons why we’re seeing these surges,” Fauci said Friday. “We can control them without shutting down the country. We don’t want to shut the country down. Every time I talk about things that we need to do, people get concerned. We’re not talking about shutting down, but we’re talking about doubling down on some of the fundamental public health measures that we need to adhere to,” Fauci said. Asked about a national mask mandate, Fauci said: “I think that would be a great idea to have everybody do it uniformly. If people are not wearing masks, then maybe we should be mandating it.”

The University of Washington’s Institute for Health Metrics and Evaluation also weighed in on the question of masks, as usual deriving numbers from statistical extrapolations: a new study of theirs reports that if 95% of Americans wore masks in public, more than 100,000 lives could be saved through February.