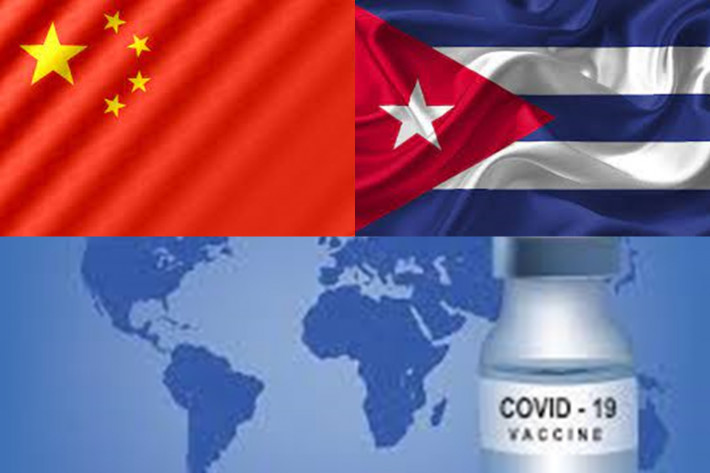 April 7 (EIRNS)—Cuba’s Biotechnology and Genetic Engineering Center (CIBG) is collaborating with China’s Joint Biotechnology Innovation Center based in Yongzhou, Hunan province, to produce a new vaccine, named Pan-Corona, to combat the SARS-CoV-2 virus, CubaDebate (against Media Terrorism) news site reported April 6. The vaccine being developed is described as a broad-spectrum one that would be effective against many different strains of the virus. CIBG’s director of biomedical sciences Dr. Gerardo Guillén explained that while the new vaccines shouldn’t be considered a “super vaccine,” it is definitely more complex than existing ones “because it’s more difficult to protect against different strains of the coronavirus which are not yet known,” Xinhua reported him as saying March 26.

China and Cuba have collaborated for two decades and have established five joint biotechnology companies. With China, Dr. Guillén told Xinhua, “we have scientific capabilities, equipment, logistics and resources, all based on the magnificent relations of friendship and hard work which really makes scientific development possible.” Cuba brings to bear its own advanced biomedical and biotechnological capabilities developed over decades, born out of necessity because of the economic blockade opposed on the country in 1962 which often made acquisition of medical supplies and equipment impossible. Also of interest is CubaDebate’s report that for 26 years, Cuba has received 10 gold medals from the World Intellectual Property Organization, as it has exported its biomedical products to 49 countries.

With five coronavirus vaccines in development, two of which, Soberana 2 and Abdala, are in Phase 3 clinical trials, Cuba is already planning to make them available to developing countries that cannot afford the prices charged by large pharmaceutical companies. Outside of Cuba, volunteers in Iran and Venezuela are participating in Soberana 2’s clinical trials, but other countries—Mexico, Argentina, Vietnam, Pakistan, India and the African Union (representing 55 countries)—have already expressed interest in acquiring the Soberana 2 and the other Cuban vaccines once trials are concluded. Cuba sets variable prices on its vaccines, depending on individual countries’ ability to pay.