US-China Ag Dialogue: ‘Be Happy Together With Others, Rather Than Trying To Be Happy Alone’ 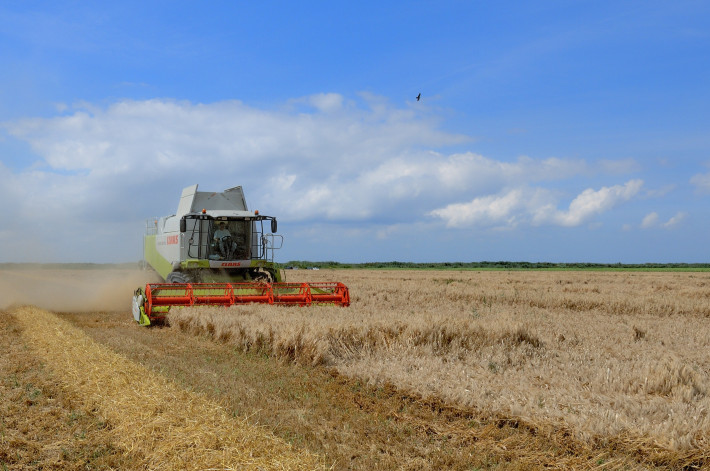 US-China Ag Dialogue: ‘Be Happy Together With Others, Rather Than Trying To Be Happy Alone’

Apr. 2 (EIRNS)–On April 1, the third of four high level US-China Agriculture Dialogues took place, lasting almost 3 hours, titled, “Agriculture Education Dialogue: Together, how can the U.S and China transform agriculture?” The dialogue brought together the Deans and Presidents of Peking Univ., Nanjing Agricultural Univ., China Agricultural Univ., Zhejiang Univ., with UC Davis, Ohio State, the Tuskegee Institute, Oklahoma State and Iowa State Univ. The overall sponsor was the Missouri-based US Heartland China Association (USHCA). The topic was the state and future of agricultural education — extension services for the farmers themselves in China and the US, and educating students for careers in agriculture.
Among the standout presentations, Prof. Sun Qixin of China Agricultural Univ., discussed the recent 40 year history of Chinese and American colleges exchanging students and training students together — he called this of “strategic importance.” Quoting President Xi, he explained the identity of food security and poverty alleviation for both China and for the whole world. He said that China’s development policy was to make sure that “we have a good environment for the Chinese people — China will never be a threat to other countries.” Quoting Mencius, he said, “It is better to be happy together with others, rather than trying to be happy alone.” He said that Yuan Longping is a friend of his, and that he had met with Dr. Borlaug in 1992 and in 2002.

Prof. Huang Jikun of Peking Univ. stressed the many hundreds of ag science scholarly papers written jointly by Chinese and American researchers — written in both English and in Chinese — the authors pursuing food science with a single universal purpose.

Prof. Kevin Chen, of the China Academy of Rural Development at Zhejiang Univ. described how the Chinese government has 1 million farm extension workers, serving 200 million farm families with small farms, many with aging farmers. He reported that only 40% of the farms have access to the internet — a problem to be solved. They have formed NAECP — the “National Cloud Platform for Grassroots Ag Tech Extension in China.”
Among the Americans, Dr. Walter A. Hill, the Dean of the College of Ag, Environment, and Nutrition Sciences of Tuskegee University, made the greatest contribution. He framed his talk on the notion from WEB DuBois of “double consciousness” — seeing oneself and the world from “two sets of eyes,” one’s own and those of the oppressor. He said, “We need the brilliant young minds discussing China trade.” He reported that 90% of American farms are small farms, and most are losing money…” Speaking of the high quality of American Land Grant colleges (compared to the Ivy League), he said, “Big is not better. It’s the smaller that can produce the geniuses.” He called on Chinese universities to collaborate with Black colleges: “Let’s get Chinese to come here (to Tuskegee), and to work with us in a new way — I challenge you!”
Stressing the rich common history of US-China collaboration in education, Prof. Zhu Jing, Dean at the Nanjing Agricultural University (NAU), reminded the audience that NAU was founded in 1921 by American ag economist and agricultural missionary for the American Presbyterian Mission, John Lossing Buck.
The American speakers uniformly stressed sustainable agriculture and CO2 emission reduction (“climate-smart agriculture’). The world food crisis in the former colonial sector and the famine was not discussed, and only Prof. Sun discussed the China miracle of eliminating all extreme poverty in China. What was documented was a very deep 100 year history — continuing into the present — of the China-US joint passion for and science of food production improvement and expansion. The Dialogue was introduced by Chris Chinn, the Missouri Director of Agriculture, and by Tom Peterson, the Commissioner of the Minnesota Dept. of Agriculture.