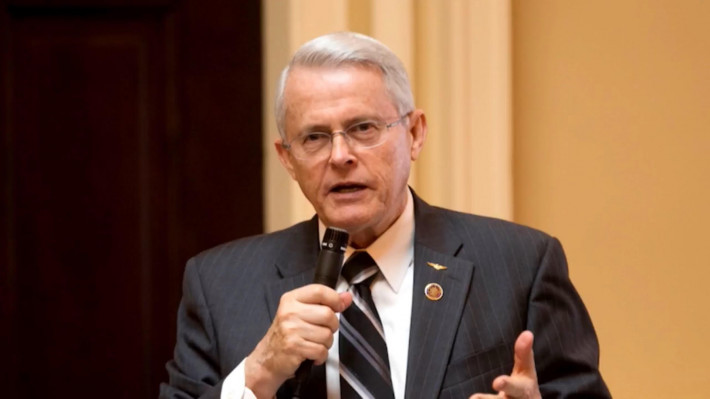 March 7 (EIRNS) — Former Virginia State Sen. Richard Black told PressTV in an interview that the U.S. air strike on Iraqi PMF units operating in Syria actually amounted to U.S. support for ISIS. Colonel Black said he had previously reported his suspicion that ISIS could’ve been responsible for the middle of the three recent rocket attacks in Iraq, the one on the Balad air base, since Iraqi forces were engaged at that moment in an operation against ISIS cells north of Baghdad. Otherwise, he noted, there’s been very little discussion about the possibility of ISIS acting as a “third force” in Iraq to provoke conflict between America and Iran.

“The (Iraqi) PMU forces have mainly fought against Daesh, and they have been highly effective against them. Therefore, when the U.S. attacks the PMU, it assists Daesh terrorists in Iraq and Syria,” Sen. Black said. “The Biden Administration chose to use the rocket attacks on the Green Zone as a pretext to attack Iraqi (anti-terror) forces, who were effectively blocking Daesh militants from operating along the Syrian-Iraqi border. The attacks targeted sovereign Syrian territory and were in clear violation of international law,” Sen. Black said. He noted that, “It is unlikely that the U.S. really knows who fired the rockets.”

Sen. Black suggested U.S. policy is giving ISIS a kind of “Syria White Helmets” capability. “A (U.S.) policy that always assumes that Iraqi anti-terror forces fired the rockets gives Daesh the power to trigger an American airstrike against its enemies whenever Daesh chooses. Daesh fires rockets; we blame the Iraqi militias; the U.S. bombs Iraqi forces. That strategy is unfair and immoral,” he said. It should be noted that Sen. Black’s interview was picked up by Sputnik as well, which highlighted his comments on the necessity of a U.S. military withdrawal from the region. “It is within the power of the U.S. President to stop these wars. However, he cannot accomplish this without totally removing military forces from the region. The U.S. has repeatedly used attacks on its military forces as justification for new troop build-ups. If Joe Biden wanted to create a lasting, positive, legacy, he would order all U.S. troops to leave the Middle East within 90 days. However, I do not expect this to happen,” Black concluded.