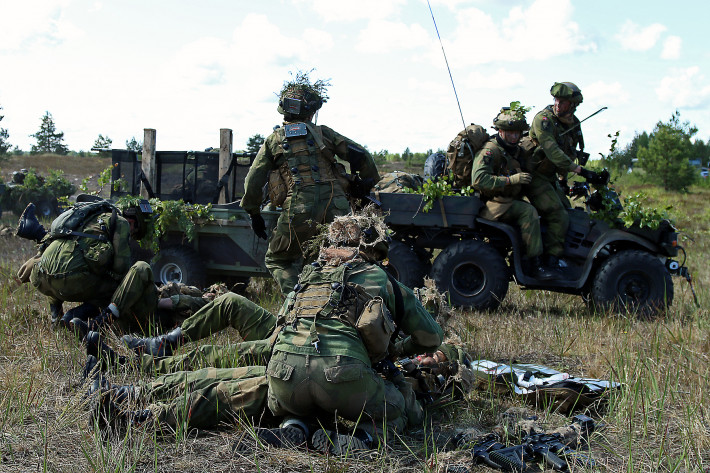 February 17, 2021by madeleine in General

Lyle J. Goldstein, research professor at the U.S. Naval War College and founder of the China Maritime Studies Institute there, has been speaking out against the continued deterioration of US-Russia relations recently. On Feb. 5, he was interviewed by radio host Scott Horton and had placed an op-ed in the Washington Times on Feb. 3, in which he warned of the danger of nuclear war. In the op-ed, Goldstein praised the extension of the New START arms reduction treaty but warned “it would be foolish to pat ourselves on the back and think we have genuinely stabilized the smoldering train wreck of the U.S.-Russia relationship.”

“Mr. Biden made clear in October 2020 his view that Russia represents the most serious threat to U.S. national security. After December reports alleging Russia perpetrated a wide-ranging hack of the U.S. government, one might reasonably expect that Moscow and Washington remain practically on a war footing,” Goldstein wrote. “The Russian defense minister revealed just before Christmas that U.S. military forces are now making bellicose approaches proximate to Russian borders at a rate 15% higher than last year.”

“The Western press is now fixated on the fate of Russian opposition leader Alexei Navalny and related protests,” Goldstein noted. “However, this mixing of domestic political issues, along with the various cyber complications, has created a troubling ‘perfect storm’ for U.S.-Russia relations.” Goldstein dismisses the alleged about Russian cyber-intrusions, and alleged Russian efforts to “divide America” as “silliness.” Instead, we should “turn to a genuinely grave national security threat — namely nuclear weapons issues in U.S.-Russia relations.”

Not only is Russia engaged in high profile exercises of its nuclear forces, “unnecessary American and NATO provocations are also clearly contributing to heightened tensions with Moscow.” This is not only going on along Russia’s borders but also in Ukraine and Syria as well, where US/NATO forces are operating in close proximity to Russian forces. “The Biden administration could actually attempt to improve this most critical bilateral relationship. The new president might, as a first constructive step, order his appointees to stop referring to Russia as an ‘adversary,’ much less as the ‘preeminent threat,’ Goldstein writes. “Such rhetoric may serve momentary psychological needs (e.g. othering) and swell the stock price of various defense contractors, but it also fuels the military tensions that are obvious and increasingly dangerous.”

Goldstein notes that there are those in the West who would welcome a “Maidan” in Moscow but “a Russia consumed by chaos and violence would actually not accord at all with U.S. interests.” He concludes: “Americans need to know that Russia’s massive nuclear forces are under singular, stable, and rational control — not in the grips of a fracturing state facing the possibility of civil war. Moreover, a stable and prosperous Russia will also be critical to the world’s recovery from an economic crisis wrought by the global pandemic.”

In the interview with Scott Horton, Goldstein noted that the Cold war ended suddenly, and triumphalism on the part of the US was the response. The power went to our heads, since the USSR collapse we might as well rule over the rubble, he said (paraphrase -ed.) This kind of contested zone where there was a power vacuum (referring to the former Soviet republics along Russia’s eastern and southern periphery) and NATO said we’ll take care of it. Russia’s power has ebbed and flowed over this region for five centuries, Goldstein said, and it’s power plays to try to settle where that power ends. NATO involvement in Belarus, he warned is a very dangerous situation and could lead to a NATO-Russia conflict. “We better think hard about how to avoid this,” he said. The US has no national interest in Belarus and there’s no reason to consider how the US would use force in Belarus and some in Ukraine. There’s no credible threat at this point to the Baltics, he said.