UAE’s Hope Mission: Mars Is “a Collaborative Project for the Entire Human Race” 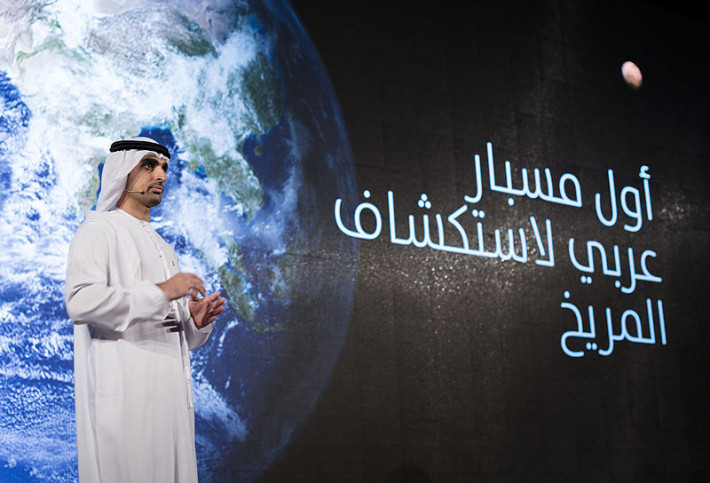 UAE’s Hope Mission: Mars Is “a Collaborative Project for the Entire Human Race”

The website of the United Arab Emirates’s Space Agency answers the question, “Why Are We Exploring Mars?” succinctly:

“The red planet has captured human imagination for centuries. Now, we are at a junction where we know a great deal about the planet, and we have the vision and technology to explore further. Mars is an obvious target for exploration for many reasons. From our pursuit to find extraterrestrial life to someday expand human civilization to other planets, Mars serves as a long-term and collaborative project for the entire human race.”

In a fascinating interview with Space.com on Feb. 8, the day before orbital insertion, UAE Space Agency chair and Minister for Advanced Sciences Sarah al-Amiri described how Hope was designed for its mission as “the very first holistic weather satellite of Mars,” mapping the dynamics of Mars’s weather system throughout the entire day, in every region of Mars, over the course of an entire Martian year, through the combination of its three key instruments, shifting its orbit (from closer in to further out), and monitoring Mars’s lower and upper atmosphere, and the interactions between them.

“Our objectives from the get-go,” she emphasized, “are to ensure that Hope’s science is complementary to other missions and [therefore] usable to various science groups, and also new in nature so that it can continue the vast exploration efforts by different nations about Mars.”

Hope is a product of national determination and international cooperation which exemplifies how other developing countries and regions can also leapfrog into being space-faring nations. The UAE is a young nation—founded only 50 years ago—but its founder, Sheikh Zayed bin Sultan Al-Nahyan, recognized that “money is meaningless if not mobilized for the good of man,” the country’s oil wealth “valueless without national human resources qualified for and capable of building up the country” through science and industry.

It was that understanding that led far-sighted leaders of the UAE to invite physical economist Lyndon LaRouche to deliver the keynote address to a two-day regional symposium on “The Role of Oil and Gas in World Politics,” at the UAE’s Zayed Centre in June 2002, and to develop both nuclear power and space programs. 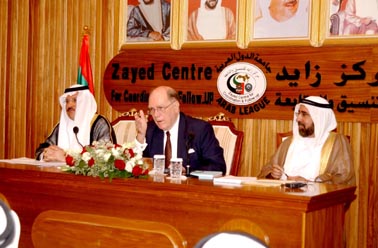 Space Agency chair al-Amiri argues that the purpose of UAE’s space program is that of “stimulating a lot of change within the U.A.E.’s economy that today more than ever should have a solid foundation in science. The best way to do that, from what we have been experimenting with as a nation, has been an exploration mission to space.”

To develop its Earth-orbit satellite program in the 2000’s, the UAE turned to South Korea to jointly design and build its first two satellites, then launched from Kazakhstan. Its Space Agency was founded in 2014, and the goal of sending a probe to Mars by 2021, the 50th anniversary of the nation’s founding, adopted quickly thereafter. By 2018, the UAE space team was able to design and build a satellite itself. To meet the tougher technical challenges of building a spacecraft for another planet, the UAE Space Agency partnered with three U.S. universities: the University of Colorado’s Laboratory for Atmospheric and Space Physics in Boulder, Arizona State University, and the Space Sciences Lab at the University of California, Berkeley campus. Hope was then launched to Mars on a Japanese rocket from the Tanegashima Space Center!

A veteran of NASA Mars missions, now based at Northern Arizona University who worked on the design of one of Hope’s instruments, Christopher Edwards, told the Wall Street Journal that the Hope mission “is like nothing I’ve ever experienced in the spacecraft program so far. There’s a huge training aspect to it and a huge collaborative aspect that is like nothing else.”