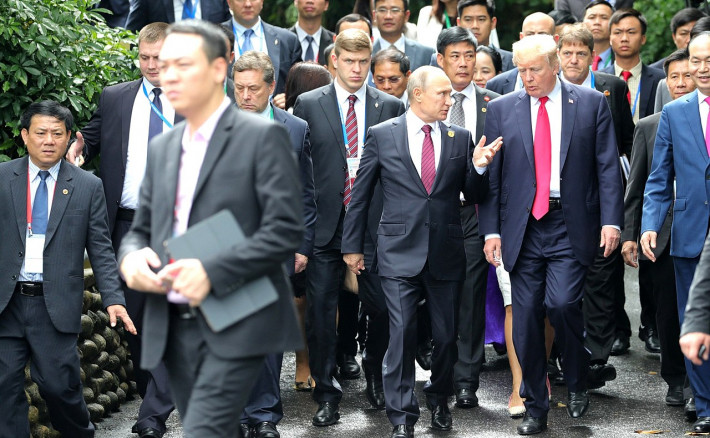 With a show trial underway in the U.S. Senate, and an EU/NATO/Five Eyes planning session in Brussels, the City of London/Wall Street human rights mafia is moving aggressively to isolate and destroy Donald Trump, and to overthrow Vladimir Putin. But their real targets are not Trump and Putin, but the people of the U.S. and Russia. And what do the citizens of these nations have in common? They live in sovereign nation states which possess the political, economic and military power to not only stop the plans for a Malthusian, global banker’s dictatorship, being organized by the Davos billionaires, but to establish peaceful, cooperative relationships which can lead humanity into a new era of progress.