Fauci and Tedros: the Pandemic Must Be Stopped Everywhere Or It Will Remain a Threat to All 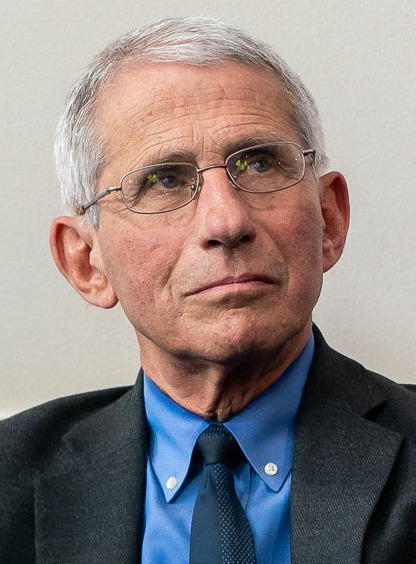 Fauci and Tedros: the Pandemic Must Be Stopped Everywhere Or It Will Remain a Threat to All

February 7, 2021by madeleine in General

In a Feb. 4 interview with NPR, Dr. Anthony Fauci of the NIH emphasized the urgency of taking a global approach to the eradication of the coronavirus, and of doing so quickly before it has more time to mutate.

He said that the pandemic is far from over, and that the danger is that the virus will mutate and new strains will emerge, as is already occurring. The key is to vaccinate “as many people as quickly and as efficiently as you possibly can” and “to double down on the public health measures of uniform wearing of masks, physical distancing, avoiding congregate settings — particularly indoors.”

Fauci added: “The more the virus replicates, the more opportunity you give it to mutate. So when you have so much infection in the community, as we have had in the United States over the last few months, where you literally have hundreds of thousands of new infections per day… that means the virus has almost an open playing field to replicate, [which] means you give it an opportunity to mutate.”

World Health Organization (WHO) Director-General Tedros Adhanom Ghebreyesus argued the same point, telling reporters in Geneva on Jan. 5: “Globally, the number of vaccinations has now overtaken the number of reported infections. In one sense, that’s good news, and a remarkable achievement in such a short timeframe. But more than three quarters of those vaccinations are in just 10 countries that account for almost 60% of global GDP.” And 130 countries comprising 2.5 billion people have yet to administer a single vaccine shot. “The longer it takes to vaccinate those most at risk everywhere, the more opportunity we give the virus to mutate and evade vaccines,” he said.

Tedros called for “a massive scale-up in production” of COVID-19 vaccines worldwide, including pharmaceutical companies providing access to their manufacturing infrastructure, as well as issuing non-exclusive licenses to allow other producers to manufacture their vaccine. “This sharing of knowledge and data could enable immediate use of untapped production capacity and help build additional manufacturing bases, especially in Africa, Asia, and Latin America,” he said.

This is “the best way to protect the rest of their own population,” he argued.