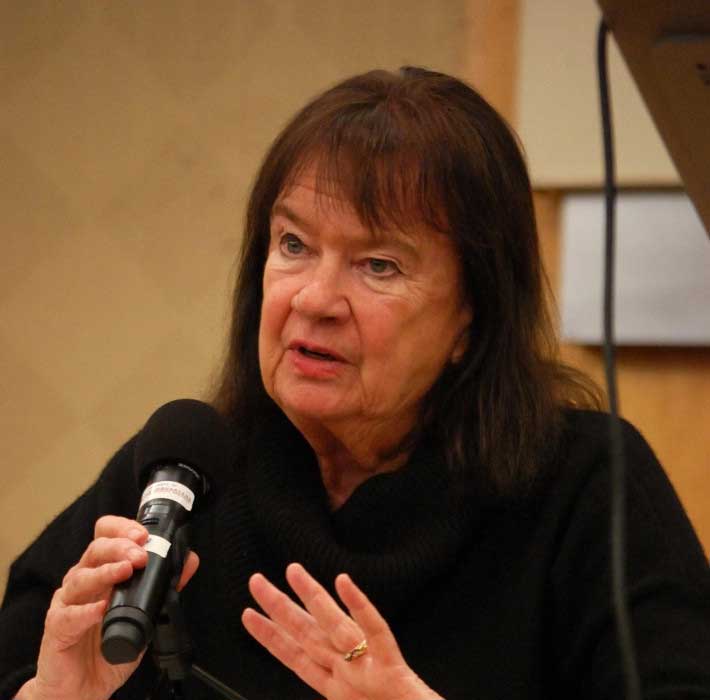 Helga Zepp-LaRouche, on Dec. 28, in a discussion with Schiller Institute members from the United States, Canada, Gambia, Ireland, Denmark, Italy, and Germany about the insanity of Secretary of State Pompeo amidst the danger of extreme international tensions amidst the pandemic, and the threat of a famine of biblical proportions, said that it was of urgent importance for President Donald Trump to call Russia and China immediately to convene the P5 summit called for by Russian President Putin in January of this year.

“I think that President Trump, no matter what happens on January 6, whether or not he will be in the White House on January 20, he could do one thing. He could immediately call up Russia and China and say that because of the crisis, because of the pandemic, because of the famine, because of the danger to world peace, that he wants to respond to the offer of Putin to have the summit of the permanent five members on the UN Security Council, which President Putin has been advocating since January. Trump should say that he wants to have that summit right away. And that would be the very best thing he could do to counter all of this propaganda.

“The more people call the White House to suggest that, and who express [the need for the summit] in any other way, the better. I have no idea why Trump has not kicked out Pompeo. He is the same as Bolton on many of these issues. President Trump did have the courage to kick out Bolton. That was one of the best things he ever did.

“But I think to outflank [these dangers], in this incredibly complex situation, is for President Trump to now follow up on Putin’s offer for this summit, and meet with Putin, and Xi Jinping. This meeting can happen. French President Macron has already said he supports having such a summit, [U.K. Prime Minister] Boris Johnson has said he is in favor of it. But the truly important people are Presidents Trump, Putin, and Xi Jinping, who will be the difference in such a meeting. Johnson and Macron could not ruin such a combination. That is the one thing that Trump must be encouraged to do. I’m 100% sure that Russia and China would absolutely go for it immediately.”