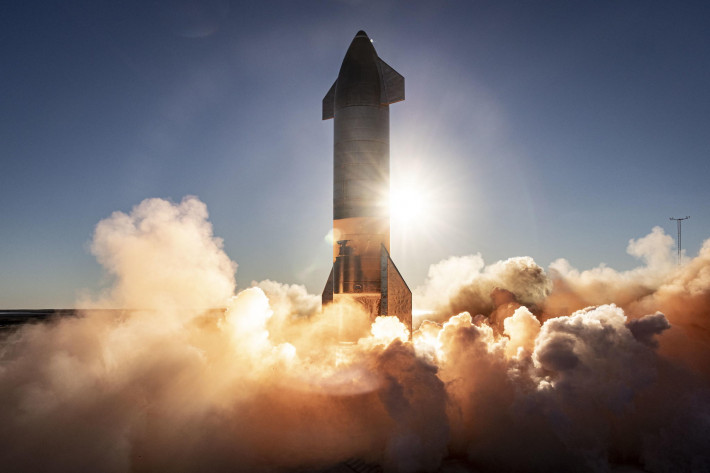 December 11, 2020by David Dobrodt in General

The SpaceX Starship prototype Sn8 made a test flight on Wednesday which demonstrated the maneuvers which will be used in descent and landing back on Earth from deep space destinations.  At roughly 12 kilometers altitude the stainless steel vehicle flipped over 90 degrees to become roughly parallel to the ground, and used its flaps and fins to slow and control descent before reigniting its engines and flipping back 90 degrees to be perpendicular to the ground for a propulsive landing at its intended landing pad. On the test flight the propulsion was not enough to sufficiently slow the vehicle to the intended speed of touchdown, so the vehicle hit hard and exploded.

However, all involved were ecstatic as everything else went according to intention.  SpaceX, which aims at producing a vehicle every two weeks in its Boca Chica, Texas plant, has been rapidly testing systems to failure and is lining up the next vehicle for further testing.  Better than reading this account, would be to watch one of the YouTube videos which YouTube has not yet figured out how to ban.  Here is a good ten minute one.