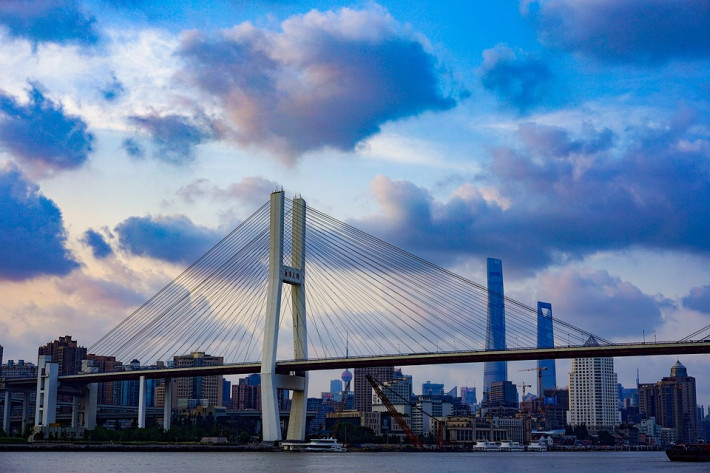 November 18, 2020by David Dobrodt in General

The Chinese new Five Year Plan and Long-Range Objectives are lining up a set of targets in a very interesting way, indicating that China has adopted a planning system which qualitatively is the most advanced of any nation in the world. It has important elements close to the ideas of Lyndon LaRouche, who always denounced the linear thinking of bookkeepers which is dominating the planning systems of the world, and stressed the science of physical economy.

On Nov. 9 the International Department of the CPC, Central Committee held a thematic news briefing for the diplomatic corps in Beijing, think tanks and experts, about the fifth plenary session of the 19th Central Committee of the Communist Party of China over Oct. 26-29 in Beijing. The most important result of this session was the adoption of the CPC Central Committee’s proposals for the formulation of the 14th Five-Year Plan (2021-2025) for National Economic and Social Development and the Long-Range Objectives to fully build a modern socialist country in 2035.

The background briefing gave a comprehensive summary of the decisions of the plenary session and the diplomats fielded important questions at the end of the briefing. Among them was the question from the Colombian Ambassador Luis Diego Monsalve, who commented that this plan had “fewer quantitative indicators” and asked: “Without specific growth targets how can other countries be confident about China’s development prospects?”

The answer by Xin Xiangyang, Secretary of CPC Committee and Deputy Director of Academy of Marxism of the Chinese Academy of Social Sciences, acknowledged that “China in the past had a lot of quantitative indicators for both economic and social development.” He said, “Now China has transitioned into high-quality development and focus on optimizing the structure of the economy so people will focus more on the outcome of the economy and quality. … If we read between the lines, we can see the quantities.” The objective “to become a leading innovative country means top three, and that innovation will take a higher share. A strong culture implies a culture industry of 10% of GDP.” The current success in this year of building a moderately prosperous society means a per-capita income of $10,000. The objective of a medium developed country in 2035 translates into a per-capita income of $20,000.

The plan itself had been the product of many months of deliberation and feed-back from the entire country. The Political Bureau had held over a dozen symposia on various aspects of the plan, inviting speakers from all walks of life, scientists, entrepreneurs, teachers, etc. In addition, the incessant travel by President Xi Jinping himself to all parts of the country was an attempt to get an onsite reading of the conditions of the population, particularly in the rural regions and of the things that have yet to get done to meet the goals for 2035 and the creation of a “great modern socialist country” by 2050.

They have not set any quantitative targets for the Five-Year Plan but have focused on the creation of an innovation-driven economy, with the type of non-linear effects in the growth model that cannot be predicted. More free enterprise zones will be set up to encourage more foreign investment and the technological “hotbeds” like Shenzhen and the Pudong district in Shanghai will be brought to a higher level.The primary investment will be in the country’s “human resources” with a major push to enhance education at all levels, and with several “science drivers” already in motion, in space, in astronomy, in quantum communications and in biotechnology.

The improvement of the labor power has taken tremendous strides with the building of a free education system, modern housing, as well as the spectacular success in eradicating poverty by the end of 2020. The introduction this year of a basic medical insurance system for 1.3 billion people and a social security system for 1 billion people were two other giant steps to improve the labor power. The investments in machines and improvement of nature has likewise taken tremendous strides in the direction of high value production and infrastructure, building the most modern railway system of the world, modern cities, and other infrastructure.

And the relationship between scientific progress and cultural advancement has been clearly stated in the government push for general “aesthetic education.” And this will include mandatory participation by students in some form of the arts or music as a criteria for graduation. The issue of “aesthetic education” had been made a formal element in university education by the first Minister of Education of the Republic of China Cai Yuanpei, who based himself on the ideas of Friedrich Schiller. While this has waxed and waned through the years (with almost total destruction during the “Cultural Revolution”), it has never entirely died and is now high on the agenda of President Xi.