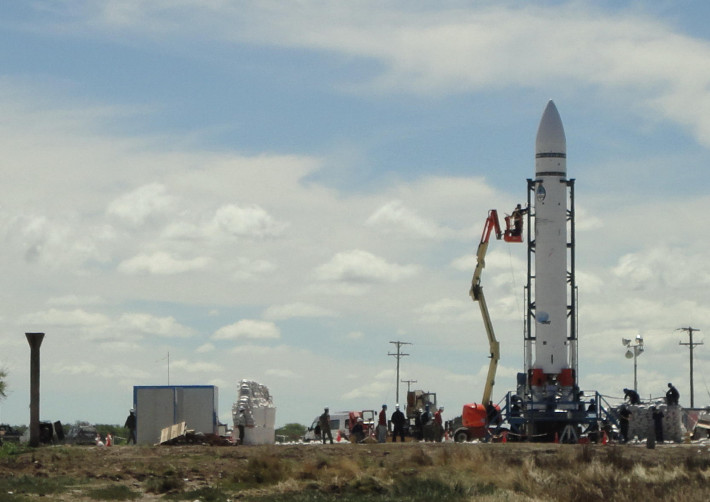 In a beautiful expression of scientific and technological optimism, on Oct. 9 the governments of Argentina and Mexico, through their respective Foreign Ministers, signed a “Declaration on the Constitution of a Regional Mechanism for Cooperation in Space,” ultimately leading to the creation of a regional space agency. Signed by Argentine Foreign Minister Felipe Sola and Mexico’s Foreign Secretary Marcelo Ebrard during a virtual ceremony, the declaration states it intends to create a platform to “invite the rest of the membership of CELAC [Community of Latin American and Caribbean States] to become part of this effort.

In attendance were each nation’s diplomats, academics and government officials responsible for the areas of science and technology, including the director of Argentina’s Space Activities Commission (CONAE), the director of Mexico’s Space Agency (AEM), and the dean of Colombia’s National University, Dolly Montoya Castano, who also represents a network of Ibero-American universities.

Following the ceremony, Secretary Ebrard tweeted “we’ve signed the agreement with Argentina to create the Latin American and Caribbean space agency (ALCE). Thanks to Felipe Sola and the government of [President] Alberto Fernandez and the members of CELAC. We’re building the future today with our own technology. Good News!” Ebrard said it wasn’t clear, given the Covid-19 pandemic, that the signing ceremony would occur. But what the pandemic has proven, he said, is that cooperation “is not only desirable, but also the most intelligent and practical way” to proceed, the daily {Infobae} reported him as saying. He celebrated that “we’ve reactivated CELAC” with this initiative, even in the midst of a pandemic!

As described in an Argentine government press release, Felipe Sola stressed that “this is a message to the world: a region that is a bit backward globally, thinking in terms of other regions of the world, makes an effort to change, and to send a different message….This is a step forward in every sense: scientifically, it demonstrates our mutual capability for collaboration; politically, because it’s a message for the rest of the world.”

Diego Hurtado, Argentina’s Secretary of Policy and Planning in Science, Technology and Innovation, explained that for Argentina, the “space sector is one that has been considered strategic now for many decades. We see it as an `industrializing’ industry…understanding that the space sector is a great vector for building capacities for our economic sector.” His country looks forward to sharing its decades of experience in satellite and space activities with the rest of the region, he said. “Our region has an extensive trajectory of scientific cooperation,” he said. But, “we have a pending debt in the technological field in what we would call strategic projects. In this sense, the space sector has an enormous projection for a great number of applications considered to be indispensable to meet the needs of the region.” He particularly emphasized that the process of regional integration “must incorporate the scientific-technological dimension and pay attention to advancing strategic technologies, combining our efforts to multiply the individual abilities of our nations.”

The Declaration calls for creating a regional mechanism for space cooperation, responsible for coordinating activities with the relevant institutions of Ibero-American and Caribbean nations, ensuring it has the necessary ability “to operate as a catalyst for regional efforts, privileging the development of space-related projects, whose results will support the wellbeing and prosperity of the region.” Noting the many scientific and economic benefits that such coordination will yield, the declaration underscores the intention of increasing the number of space projects “by attracting the talent of Latin American and Caribbean youth, and making efficient use of available resources.” Minister Sola thanked Mexico for its collaboration, and expressed the hope that “we can multiply our joint efforts.”