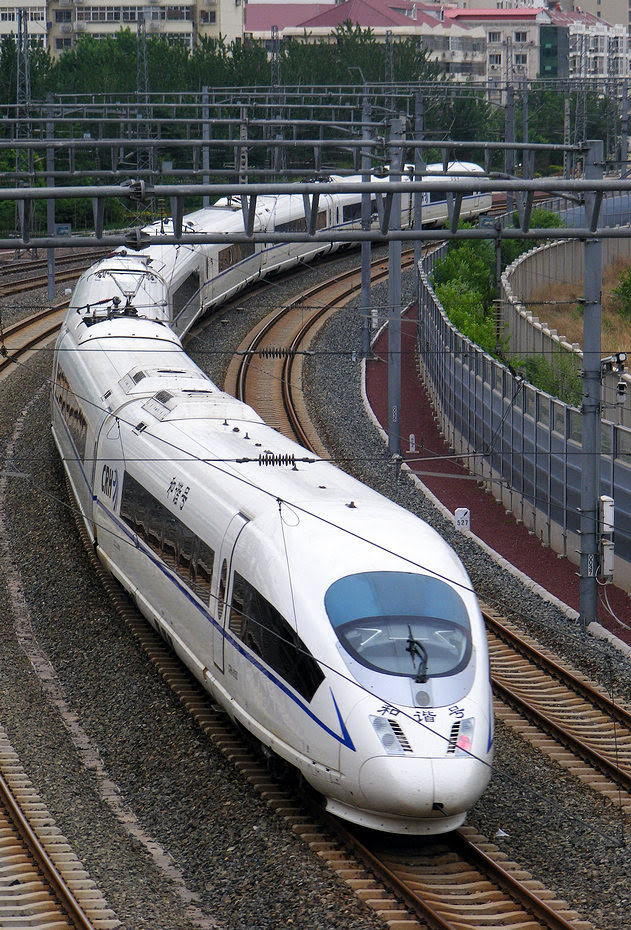 October 9, 2020by Lynne Speed in General

In an article draft for the Belt and Road Institute in Sweden, Hussein Askary of Executive Intelligence Review (EIR) reported that he has confirmed with senior officials of the Egyptian Ministry of Transportation, that the building of an East-West high-speed railroad across Egypt has been contracted. This will be only the second electrified, high-speed railroad in Africa, and longer than the one in Morocco, serving a larger population. Askary’s article will be on the subject of “The African Infrastructure Renaissance along the Belt and Road – Case Study: Egypt”.

He reports that in September, specialized railway websites that a consortium of the state- owned enterprise China Civil Engineering Construction Corporation (CCECC and Egyptian companies Samcrete and the Arab Organization for Industrialization have won a $9bn contract to build a 543 km-long high-speed railway in Egypt. The line would link the Mediterranean coast at El-Alamein to the Red Sea at Ain Sokhna, at up to 250 km/h speed cutting the journey to three hours. “This is an unprecedented project in the history of Egypt connecting the east of the country to the west,” Askary writes, “rather than following the traditional centers along the Nile (south/north). This is major sign of the shift the current industrial and infrastructure revolution is creating in the demographics of the nation of 100 million people. The horizontal expansion of the population and its economic activities centers … is completely intertwined with the development projects defined by the current government.

“The new railway’s importance to Egypt was compared to the Suez Canal by the chief executive of Samcrete, Sherif Nazmy, who told Arab-language newspaper Al-Masry Al-Youm that it would be the first new electric railway in Egypt since 1854. What is even more important is that not only Egyptian construction companies, engineers and workers will work shoulder to shoulder with their Chinese colleagues, but the project also will include technology transfer and industrial investment in Egypt. According to Nazmy, the trains would be manufactured in east Port Said, with Chinese technology transferred to Egypt. Furthermore, as in the case with the major Suez Canal tunnels, most of the building materials will likely be produced inside Egypt. This will give Egyptian companies a very important “foot in the door” in the international railway construction sector which will become significant for the African and West Asian markets.

“The railway will pass through and connect some of the most important new industrial zones and urban centers that are the flagships of the new Egyptian strategy such as Ain Al-Sokhna Port and industrial zone in the Gulf of Suez on the Red Sea, to the New Administrative Capital, and crossing the Nile River at the old capital Cairo to the new city of the 6th of October and further to Burj Al-Arab industrial and urban center (on the Mediterranean south of Alexandria), terminating in El-Alamein…. West of El-Alamein a new city is emerging, housing Africa’s largest nuclear power and technology complex, Al-Dabaa.”