An Inside Assessment on Medical Robotics 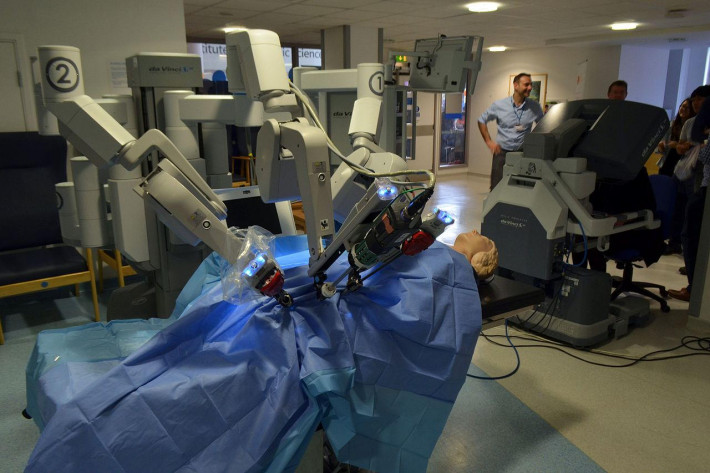 An Inside Assessment on Medical Robotics

September 13, 2020by David Dobrodt in General

Christophe Assenmacher, Head of Urology at Clinics of Europe (Cliniques de l’Europe) St Elizabeth’s and Trainer in Robotic Surgery, gives an informed perspective of expanded use of medical robots.

“Take the surgeon,” he explains, talking to Robotics Tomorrow, “While they spend years studying, their ability to function under pressure, make precise movements and many other skills can be augmented by a robot to significant impact.” Indeed, whilst some patients might still feel hesitant to undergo surgery that is entirely automated, having a highly-trained and competent surgeon at the helm aided by a robot’s precision could reassure them they are receiving optimal treatment throughout.

“From my own practice, I’ve seen that robot-assisted surgery typically halves the length of hospital stays, reduces bleeding and blood transfusions, shrinks the risk of infection, lessens the requirement for painkillers and ultimately improves the standard of care for our patients,” Assenmacher states. Furthermore, of particular relevance during incidences of highly infectious disease such as COVID-19, robots can be deployed to perform essential tasks that would otherwise place people at risk, such as disinfecting rooms and dispensing medication. Assenmacher intimates that these capabilities could simply be the tip of the automation iceberg: “We certainly expect to see an evolution of nanorobots in the bloodstream, digital pills and social companion robots.”

Assenmacher states that he personally uses the da Vinci Surgical System when performing specialised urological procedures, although the same equipment can be used for general surgery as well as cardiac, colorectal, gynaecological, head and neck and thoracic procedures too. The company’s website points out that a common misunderstanding of current surgical robotics is that machines carry out procedures independently of surgeons. This is incorrect: the da Vinci system functions as a tool or instrument by which the operator carries out the procedure using a control panel.

“The da Vinci system translates your surgeon’s hand movements at the console in real-time, bending and rotating the instruments while performing the procedure. The tiny wristed instruments move like a human hand, but with a greater range of motion. The da Vinci vision system also delivers highly magnified, 3D high-definition views of the surgical area.”