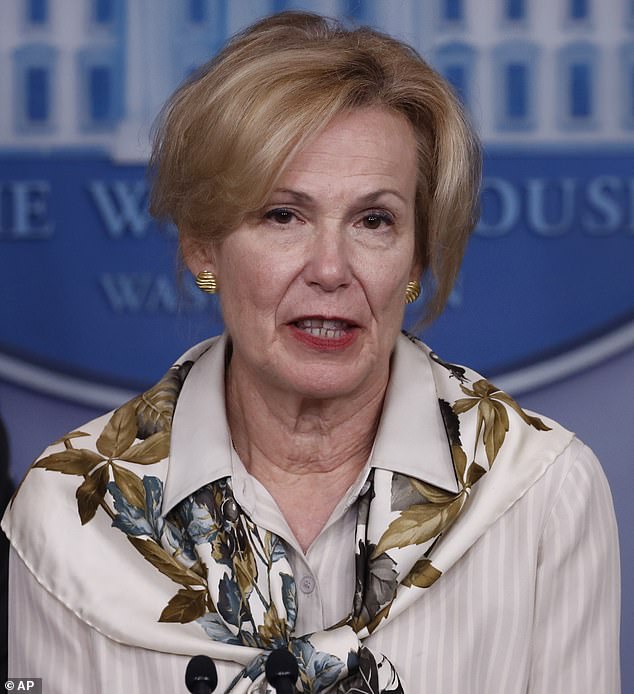 After touring several states in the U.S. south and southwest, Dr. Deborah Birx, coordinator of the White House Coronavirus Task Force, is warning that at least five more states are in line to become COVID-19 hotspots, unless a concerted effort is made to ensure that citizens follow established guidelines for mask-wearing and social distancing, and states move to close bars, indoor dining and public gatherings.

Over the past week, Dr. Birx visited the five states she strongly recommends “reverse course” now—Kentucky, Tennessee, Indiana, Ohio and Virginia– Bestlifeonline.com reported. She reported that the task force is making this assessment based on current infection rates and daily case numbers per 100,000 people ”We can see what is happening in the South moving North,” she said in a press conference in Frankfort, Kentucky. Tennessee, for example, is considered to now be “critical,” according to the Covid Act Now group of medical professionals, epidemiologists, and researches. The Harvard Global Health Institute puts Tennessee in the highest-risk category. Dr. Birx was especially forceful in her press conference with Tennessee Governor Bill Lee, telling reporters and healthcare officials, “Stop going to bars, indeed close the bars and limit your indoor dining and if you wash your hands and social distance, you can have as big an impact as sheltering in place.” During that press conference, Gov. Lee said he would not implement any of those measures or “shut down” any part of the economy..

On July 22, Birx also named 11 cities– Baltimore, Cleveland, Columbus, Indianapolis, Las Vegas, Miami, Minneapolis, Nashville, New Orleans, Pittsburgh and St. Louis–which she said should take “aggressive” steps immediately to avoid becoming  hot spots. “Until you can see that explosion, it’s hard for people to understand how deeply you have to clamp down,” Birx said. “That’s why we called out the next set of cities where we see early-warning signs, because if you make changes now, you won’t become a Phoenix.”

In addition, Dr. Ashish Jha, director of the Harvard Global Health Institute has named six other states—Wisconsin, North Dakota, Nebraska, Wyoming and Montana–which are not yet hotspots, but are “heading there.” These states don’t tend to be in the news, he said, but they have “limited hospital capacity…and can ill afford to stretch their ICUs.” Both Montana and Wyoming have high infection rates that are “worrisome,” Dr. Jah said. Covid Act Now warns that there is not a single U.S. state that is currently “on track to contain COVID.”