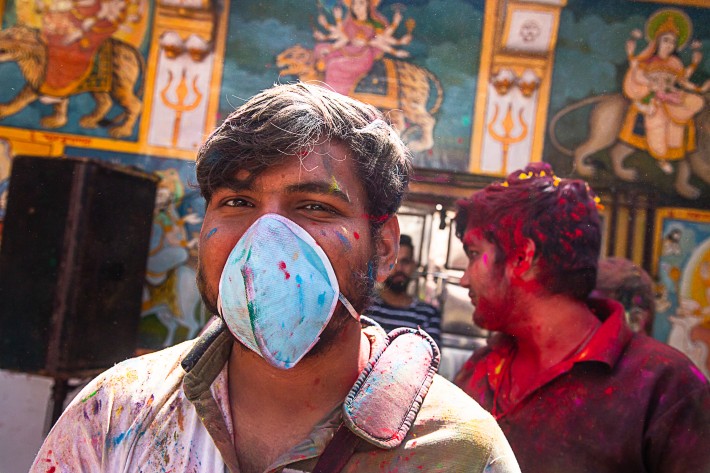 COVID-19 is now spreading through the vast rural heartland of India, after it struck hard at large urban centers. India has the third largest number of COVID-19 infections in the world, at nearly 1.3 million, and just passed France for the rank of country with sixth most COVID-19 deaths, at 30,601. What is particularly concerning is the rate of new novel coronavirus infections; with 47,520 new infections on July 23, India ranks only behind the United States for new daily infections.

It is reported that the vector of migrant workers, who were working in larger cities until the work dried up, brought COVID-19 to India’s rural belt, home to 900 million Indians—70% of India’s 1.3 billion people. This rural region has health and hospital infrastructure that ranges from moderately to considerably inadequate.

West Bengal, a state of 100 million people—whose capital is Kolkata—has a rural town called Dokangora, The village has been distributing thousands of bottles of sanitizer and bars of soaps and masks, often limited to two masks per family—one family of eight shares two bars of soap—and basic food supplies including rice, dal and cooking oil. The local ambulance is little more than an SUV with no special medical equipment.  The driver ferries people with symptoms —  sometimes more than five at a time—to get testing and help. The July 23 {Wall Street Journal} reports that the regional health centers have “148 beds, but none equipped to look after coronavirus patients.”

Were coronavirus to spread through this area, the medical barriers for resistance would be minimal.

In the larger state of West Bengal, its capital, Kolkata,  has announced a bi- weekly lockdown, which appears to mean, in this setting, two days per week. Banks, post offices, and ration shops are not allowed to open. But in three districts—North 24 Parganas, Birbhum, and Bardhaman—total lockdowns have been imposed.

The success of these operations will depend on enforcement of the lockdowns, but also on a build-up of all the features of health and hospital infrastructure, greatly insufficient, which needs to be built on an emergency basis, as per the LaRouche plan to create 1.5 billion productive jobs.