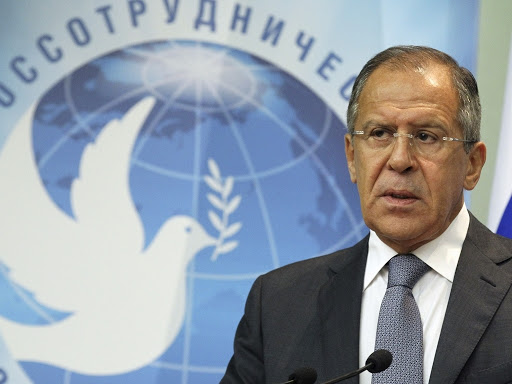 July 12, 2020by Jenny Burns in General
Russian Foreign Minister Sergei Lavrov warned, today, that the risk of a global nuclear confrontation has increased significantly. He stressed that global security had deteriorated because Washington is dismantling the global arms control system. “I agree that nuclear risks have recently increased substantially, that the security situation, international strategic stability are openly deteriorating,” he said during an online session entitled “Russia and the Post-World” at the international forum “Primakov Readings.” “The reasons are also obvious to everyone: the US wants to regain global dominance and achieve victory in what they call the rivalry of the great powers.”

Lavrov also said the methods Washington is using to force Beijing into strategic stability talks are less than polite. “There are very, very worrying signs that, despite these signs of hope which must be cherished, US officials are increasingly making it personal, and in a very harsh form. This shows a high level of tension from both sides. And this high level is very worrying,” he said. Lavrov expressed hope that “common sense will prevail and this will not reach the point of no return.” However, he expressed the Russian view that the destiny of the New START treaty is now clear: “Washington has decided not to extend it,” he said.

Russian ambassador to the U.N. Vassily Nebenzia echoed Larvov’s view, saying yesterday that  the June 22 talks in Vienna between U.S. envoy Marshall Billingslea and Deputy Foreign Minister Sergei Ryabkov “could not give rise to optimism that the treaty would be extended, although some agreements were reached there to continue dialogue on various aspects of those issues in several working groups,” reported TASS.

Nebenzia pointed out that the United States has already steered the course towards dismantling the arms control system, which was created throughout decades and served as the foundation for strategic stability. “It is evident that there are two aspects – domestic politics and the aspiration to have a free hand so as to try to project their might all over the world. The United States has pulled out of many things in recent years, doing so consistently and purposefully,” the diplomat stressed.