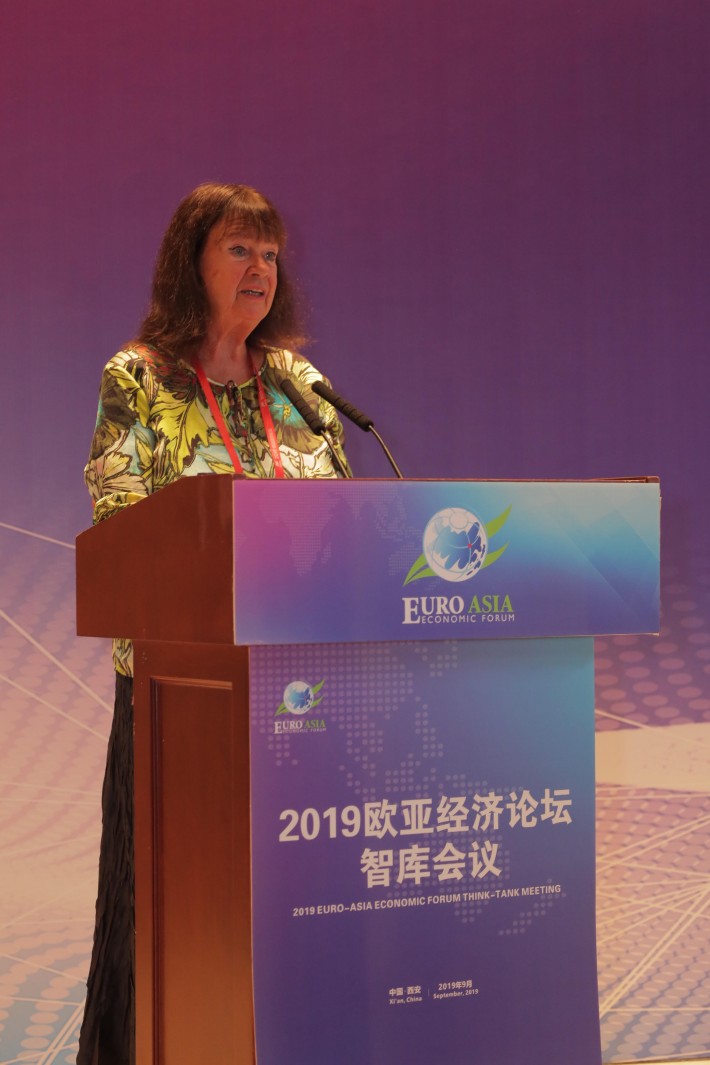 Mrs. Zepp-LaRouche’s remarks stood out for demanding an urgent structural reform of the entire global system; many of the other participants centered their presentations on changing certain conditions or pondering various options within the existing framework. Dr. Tzogopoulos said painful reforms and austerity conditions should not be part of the planned EU recovery fund, because citizens cannot stand it any longer. Furthermore, he argued that the EU would opt for “strategic autonomy,” and not always follow the U.S.’s advice, but keep good relations to China alive. Dr. Wang said it would be difficult to close the gap between Europe’s north and south, the poor and the rich, which posed a great challenge for Germany’s EU presidency. He also said the Juncker Plan did not work, and Russia constitutes no threat to the EU. Mr. Chen said that the new leadership of the EU was upholding dialogue and negotiations with China, in contrast to the decoupling approach of the U.S..

Zepp-LaRouche located the main problems in the geopolitical confrontation against Russia and China, blasting, among other things, plans by the German Defense Minister Annegret Kramp-Karrenbauer to send ships to the South China Sea, and the discussions of an EU army. Instead “an entirely different approach” is needed, along the lines of Chinese President Xi Jinping’s win-win cooperation and non-interference approach, which places the one humanity ahead of narrow national interests. The EU’s current policies are regrettably focused on bailing out bankrupt financial markets, instead of setting up a much-needed investment fund for all of Europe. Merkel’s approach of wanting to deepen integration, creating an EU finance ministry and a European state, are not a viable option and are already finding ample opposition within many countries, Zepp-LaRouche argued. The system is in much worse condition than was mentioned by other speakers, she reiterated; and a likely second pandemic wave could cause a systemic collapse, just as the Green New Deal would destroy what is left of German industry.

When the discussion turned towards U.S.-EU relations, Zepp-LaRouche said that some of President Donald Trump’s actions had to be seen from the standpoint of the ongoing coup against him by an international intelligence services apparatus, and that a worsening of relations with Russia, China and other countries could happen in the short term, especially in the light of troop redeployments to Poland and the Indo-Pacific, and the push to globalize NATO. She emphasized we could even be on the road to World War III, unless a complete paradigm shift to stop geopolitics, and to build the “community of shared interest of mankind,” as proposed by President Xi Jinping, is achieved. The P5 meeting proposal by Russian President Vladimir Putin must discuss the urgent principles needed for long-term survival of mankind, she said. China-EU cooperation should focus on solving the world’s problems, building a modern world health system according to the “Wuhan standard,” and industrializing the developing countries.