China Prepared To Jump Right into Reconstruction of Syria 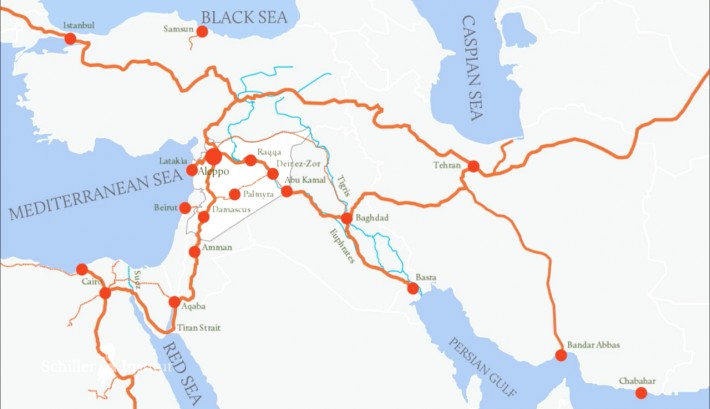 China Prepared To Jump Right into Reconstruction of Syria

July 29 –China will play a major role in the reconstruction of Syria, which nation lies on the New Silk Road, at the crossroads of Southeast Asia, Southwest Asia, Europe and Africa.

China hasd already pledged $2 billion to invest in Syrian industry last year, and in July announced a further $23 billion in loans and aid for the Arab region, including Iraq, Yemen, Lebanon, Jordan, Syria, and others.

But there is already a deeper process underway for China to play a significant role in the reconstruction of Syria, which the World Bank estimates could cost $250 billion.

According to {Guangming News} of May 7, 2017, in an article entitled, “China’s First Post-War Reconstruction Conference in Syria,” there were two conferences in Spring 2017, one in Syria, one in China, to work on targetted areas for real growth.

On May 4, 2017, a conference, “Syria’s Security Situation and Reconstruction Opportunities–China Arab Exchange Association’s Visit to Syria,” took place in Beijing, where Qin reported back on his Syria trip, and presented his findings and the reconstruction possibilities. Syrian Ambassador to China Imad Mustafa also spoke, praising China as “the first protagonist for the future reconstruction of Syria.”

The China Arab Exchange Association (which is backed by the China State Council) also issued a series of reconstruction projects in Syria’s infrastructure, electricity, building materials, agriculture, etc. Reportedly as many as 1,000 Chinese companies are involved, including some of the leading Chinese companies in harbor engineering, steel, hydropower, metallurgy, aircraft, and agriculture.

{Guangming Daily} mentioned that concerning Syria, several business representatives have “expressed their willingness to shoulder the glorious mission of the Belt and Road Initative.”

The Russians have ideas for power development in Syria, which could include nuclear power.