Webcast—Day of Action for a Unique Solution: Build Peace Through a Trump, Xi, Putin Summit 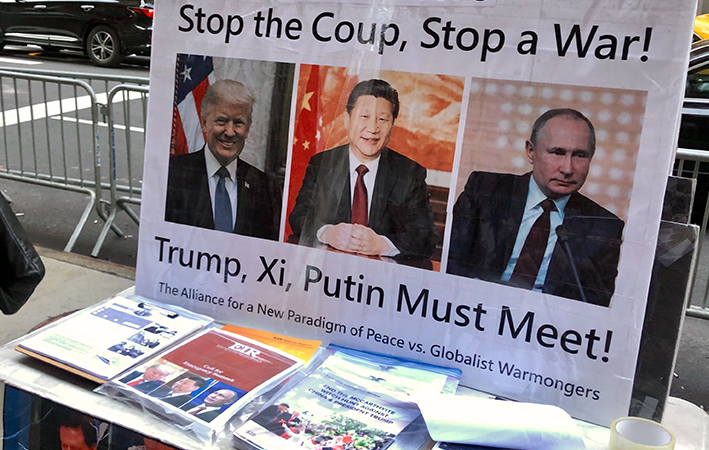 Webcast—Day of Action for a Unique Solution: Build Peace Through a Trump, Xi, Putin Summit

Helga Zepp LaRouche brought clarity to a situation which has left many people befuddled, disoriented, and/or fatalistic, as they try to make sense of the strategic danger following the assassination of Iranian leader Soleimani by the U.S. Starting with the stark warnings of Putin during his State of the Union speech, she showed that there are significant figures who understand why an emergency summit between Trump, Putin and Xi is needed, such as former German defense official Willy Wimmer, who said the assassination put the world on the verge of World War III.

She reviewed the role of the British in the unfolding of this crisis, tracing its roots back to imperial geopolitical policy of the mid-19th and 20th century, up through their role in shaping the war party in the U.S. today. The war drive is occurring as the neoliberal financial system is speeding toward a collapse. In this context, it is urgent that our viewers and supporters recognize how cooperation between the great powers, on strategic and economic policies, is the only way to overcome the dangers created by the empire.

She called on viewers to join the mobilization, and to master the great ideas necessary to avoid falling for the traps set by those who refuse to recognize that remaining within their paradigm will lead to the extinction of the human race.