Webcast: This is an Unbelievable Historic Moment—WE MUST CHANGE THE AGENDA COMPLETELY! 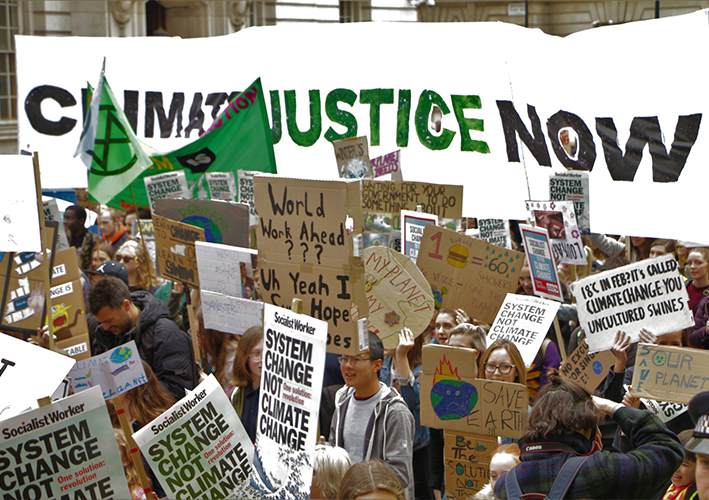 Webcast: This is an Unbelievable Historic Moment—WE MUST CHANGE THE AGENDA COMPLETELY!

In reviewing the onrush of events, Helga Zepp LaRouche said today that the only way to understand what is happening is to know that the financial system is blowing up, and the West is undergoing an historic breakdown crisis.  The push for the impeachment of Trump, which Nancy Pelosi finally agreed to undertake, on a completely flimsy pretext, is being done out of fear that Trump will not accept the agenda imposed from the City of London.  This agenda is on display at the U.N. General Assembly session.  While much of the corrupt media attention, and that of many world leaders, was on the rage-filled remarks of Greta Thunberg, the actual agenda was laid out by Bank of England chairman Mark Carney — the same person who pushed for “regime change in global financial markets” at the recent Jackson Hole, Wyoming meeting, sponsored by the Federal Reserve.

She discussed the present liquidity crisis as a sign of the desperation of the bankers, and the breakdown crisis that it reflects, as the real reason why they have been escalating their drive for fascist economic policies, disguised as addressing a “climate” crisis.  The eco-fascist agenda was first identified by Lyndon LaRouche, based on his studies in the 1950s and ’60s, which led to his rejection of a mathematical approach to economics.  LaRouche’s analysis, and the solutions he designed, including his Four Laws of physical economy, are needed today.

Zepp LaRouche called on viewers to organize with the new pamphlet, “CO2 Reduction Is a Mass Murder Policy…”  In closing she discussed why, instead of vilifying China, people should ask themselves why China is advancing today, while the west is collapsing. 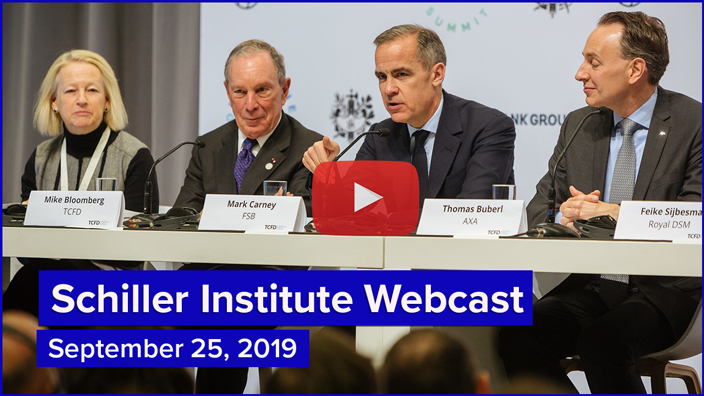