Xi Jinping to G20: BRI Is Open to All Nations To Boost Development & as a Platform for International Cooperation 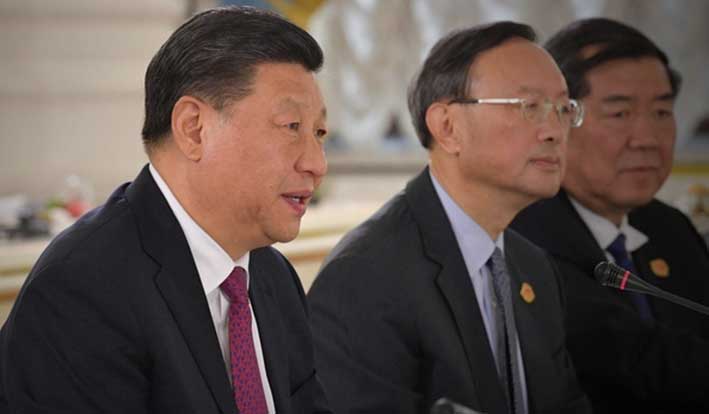 Xi Jinping to G20: BRI Is Open to All Nations To Boost Development & as a Platform for International Cooperation

Chinese President Xi Jinping addressed the G20 meeting in Osaka, Japan on both June 28 and June 29. According to a summary paraphrase provided by Xinhua, Xi used his June 29 speech to forcefully reaffirm that “the Belt and Road Initiative (BRI) is open for all parties to achieve shared development.”

“Pointing out that the BRI is committed to boosting common development of all members of the international community, Xi said that the initiative has become an international public good that benefits all parties and an open and inclusive platform for international cooperation…. Xi invited all interested parties to participate in the BRI and work together to make the ‘pie’ bigger for mutual benefit … so as to achieve high-quality development and common prosperity of all countries.”

President Xi also addressed the issue of the BRI in his earlier June 28 speech to the summit, in which he presented a four-point proposal. He began, according to Xinhua, by

“noting that the world economy is once again at a crossroads 10 years after the global financial crisis broke out, Xi said the G20 bears the responsibility to chart the course for the world economy and global governance at a crucial time, as well as to inject confidence into the market and bring hope to the people…. Xi also called on the G20 members to focus on shared interests and long-term development, and commit to realizing lasting peace and prosperity for the world and a satisfying life for people across the globe.”

Xi then called for: 1) international cooperation in innovation; 2) improve “global governance” by strengthening the role of the WTO and implementing the Paris Agreement on climate change (which the Trump administration rightly opposes); ; 3) “tackle challenges and remove development bottlenecks” by building the Belt and Road which will “unleash a driving force for growth;” and 4) uphold the spirit of partnership and properly address differences with an attitude of mutual respect and mutual trust.”

“the Chinese President said China will work in the spirit of peaceful co-existence and win-win cooperation with all other countries to build a community with a shared future for mankind and to tirelessly pursue a brighter future of the global economy.”