The Belt and Road Comes to a Neighborhood Near You 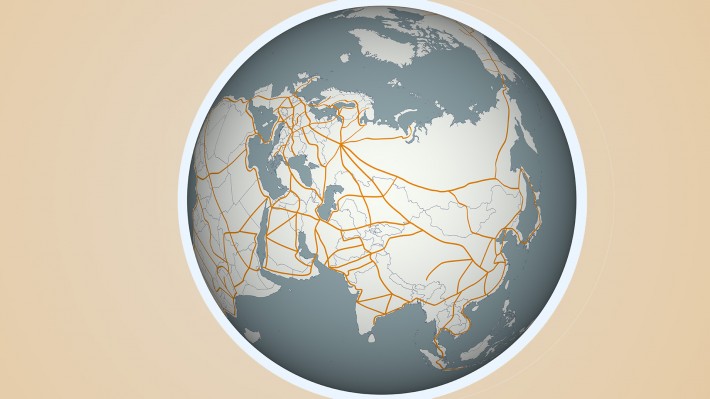 The Belt and Road Comes to a Neighborhood Near You

Here follow brief summaries of some of the discussions known to have taken place around the world just in the last two-three days on how to develop the Belt and Road Initiative (BRI) to benefit each participant:

• Myanmar: State Counselor Aung San Suu Kyi chaired the first meeting of her government’s steering committee to coordinate implementation of the agreement signed last September between China and Myanmar for a “China-Myanmar Economic Corridor” stretching 1,700 km between the two countries from Kunming, the capital of China’s Yunnan Province, to Myanmar’s major economic centers, as part of the BRI. Since that time, the two countries have been discussing what projects should be prioritized along that route. Aung San Suu Kyi cautioned the meeting that the government has “to make sure that the selected projects are in conformity with national plans, policies and domestic procedures,” but, she emphasized, “being a country located at a strategic position for the BRI, Myanmar needs to participate in the initiative.”  The 25-member steering committee, which includes cabinet ministers, heads of regions, and other officials, will attend the Second Belt and Road Forum for International Cooperation in Beijing this April, according to The Irrawaddy media group.

• Malaysia: Prime Minister Mahathir Mohamed announced that he will lead his nation’s delegation to that April Belt and Road Forum in Beijing. Malaysian Finance Minister Lim Guan Eng likewise emphasized at the Malaysia-China Business Council’s Chinese New Year luncheon that “the good relations between Malaysia and China will be continued and strengthened,” adding that Malaysia will continue to support the BRI.

• New Zealand’s Minister of Economic Development David Parker will attend the April Belt and Road Forum, Prime Minister Jacinda Ardern announced, and Parker plans to take a trade mission with him when he goes. Ardern said conversations were ongoing with China about joint infrastructure projects. This decision brushes aside earlier criticisms of the BRI, which had been voiced by Foreign Minister Winston Peters.

• Lebanon’s role in the BRI was discussed when China’s Ambassador to Lebanon Wang Kejian met with Prime Minister Saad Hariri on Feb. 18, after the formation of his new government after winning a strong vote of confidence. China is willing to work together with Lebanon to consolidate political mutual trust and strengthen policy coordination within the framework of the BRI, Ambassador Wang told the Prime Minister, Xinhua reported. Hariri thanked China for its assistance to Lebanon in the political, economic, military and humanitarian fields, and said he looks forward to “more achievements in our cooperation with China on many levels.”

• Iran’s role in the BRI was discussed when Iranian Foreign Minister Javad Zarif met Chinese Foreign Minister Wang Yi in Beijing today. “The initiative is of special significance to both Iran and China,” Zarif told Wang, Xinhua reported. That discussion came within their broader discussion of the difficult situation Iran faces today. Turkey’s Anadolu Agency reported that Wang told Zarif that Beijing values Iran’s role in regional affairs and looks forward to a seeing that role expand further. He counselled that in the middle of a region and world undergoing major changes, Iran and China can maintain strategic strength, with the understanding that both China and Iran are countries with thousands of years of civilization and tradition. Notably, Saudi Arabia’s Crown Prince Mohammad bin Salman will also visit Beijing for high-level meetings within a few days.

• Spain’s public TV2 (RTVE) broadcast a 52-minute program on prime- time Sunday night (Feb. 17) on “The Iron Dragon”: the Yiwu-Madrid rail route of the New Silk Road. Notably, French and Swiss public TV networks were involved in producing the program, which told the story of Yiwu-Madrid through the eyes of 60 people who work on the railway in the eight countries through which it crosses, ranging from machinists to cargo inspectors, international trade experts, and businessmen.