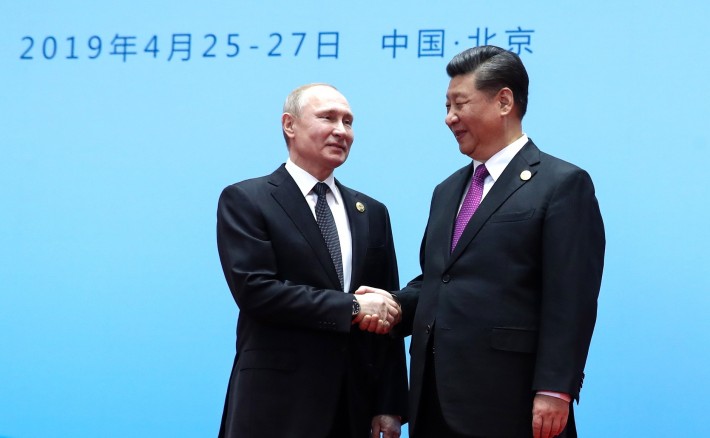 Declaring the just-completed Belt and Road forum in Beijing a “great success”, Helga Zepp LaRouche reported on the global participation in the event, and the expanded scope of BRI agreements. She described the active involvement of a number of European leaders as “very interesting.” Referring back to her LPAC Class the night before, she urged viewers to watch the clip she used of Lyndon LaRouche’s 1997 address, in which he insisted the U.S. must engage in the Eurasian Land-bridge — looking at what just happened in Beijing, she said, one sees again how prophetic he was in addressing the future needs of mankind.

Now, with Trump openly identifying Russiagate as a “coup”, designed to oust him from office — which the media has for the most part ignored, as incredible as that is — it is clear the British role in orchestrating the coup will come out, along with their role in attacking the BRI. Given that those behind the coup are the same networks which engaged in massive slanders against Lyndon LaRouche, she emphasized that the fight for his exoneration is essential for the survival of the U.S.

As the revival of the work of Plato by Cusa was crucial in creating the Italian Renaissance, so is engagement in the scientific and philosophical works of LaRouche to assure the success of the New Paradigm today. The extraordinary international effort involved in the amazing photos captured of a “black hole” is another demonstration of this principle, that it is essential to challenge all the axioms, from a higher standpoint. International cooperation in space is essential to inspire today’s youth to embrace real science, to create a better future.