High-Level Meeting Between China & India on Eve of BRI Forum 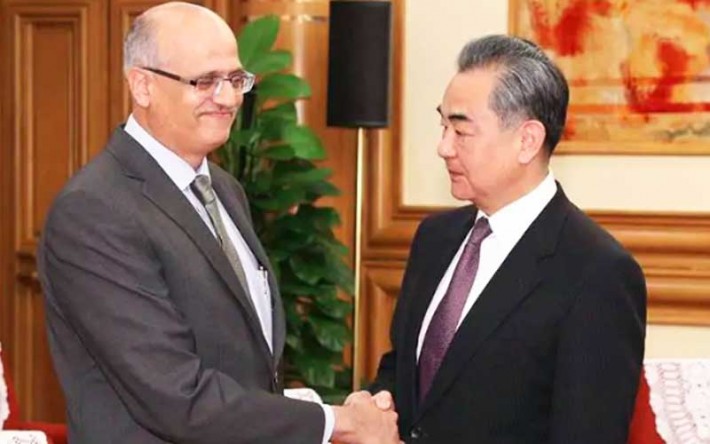 High-Level Meeting Between China & India on Eve of BRI Forum

The Second Belt and Road Forum on International Cooperation will be held in Beijing from April 25-27, and although the Indian government has announced that it will not be attending, the governments of China and India went out of their way to hold high-level bilateral consultations at the foreign minister level on April 22, designed to “strengthen strategic communication, enhance political mutual trust, and maintain close coordination on international and regional affairs.”

India also did not attend the First Belt and Road Forum two years ago, and has kept the entire Belt and Road Initiative at arm’s length largely for geopolitical reasons: concerns that the BRI’s China Pakistan Economic Corridor (CPEC) infringes on Indian sovereignty, and that China keeps putting obstacles in the way of placing Masood Azhar on the global terrorist list. Azhar is the founder and leader of Jaish-e-Mohammed, which is active mainly in the Pakistani administered Azad Kashmir; the Indians view him as responsible for major terrorist attacks inside India.

Asked about India’s non-participation in the Second Belt and Road Forum at a press conference April 19, Chinese Foreign Minister Wang Yi emphasized that last year’s Wuhan informal summit between Chinese President Xi Jinping and Indian Prime Minister Narendra Modi had “established mutual trust between the leadership, and they jointly planned for the future of improvement and strengthening of China-India relations.” Wang also said that a new summit between the two leaders was being prepared. He continued:

“After the Wuhan summit, we see all areas of progress between the two countries and we have bright prospects for this relationship. We are now preparing for the next summit of our leaders…. One of our differences is how to look at the BRI. The Indian side has their concerns. We understand that and that is why we have stated clearly on many occasions that the BRI, including the CPEC, is only an economic initiative and it does not target any third country and has nothing to do with the sovereign and territorial disputes left from history between any two countries.”

The April 22 China-India talks were led by Wang Yi and Indian Foreign Secretary Vijay Keshav Gokhale, who had been India’s ambassador to China until his elevation to Foreign Secretary (essentially, vice minister to Minister Swaraj) last year. After their talks, Wang told the press:

“Common interests are far greater than difference between two sides…. The two sides should strengthen unity and cooperation, maintain the positive momentum of the healthy and stable development of bilateral relations since the leaders’ summit in Wuhan, Hubei Province from both countries, and safeguard the common interests of emerging markets and developing countries.”

For his part, Gokhale said that India is willing to maintain high-level exchanges with China, enhance mutual understanding, take care of each other’s concerns, and promote greater development of India-China relations, according to Geng. Gokhale also said: “It is one year since our leaders met in Wuhan and my colleague and [we] have been following up on efforts to see that we implement many of the understandings reached in that meeting.”