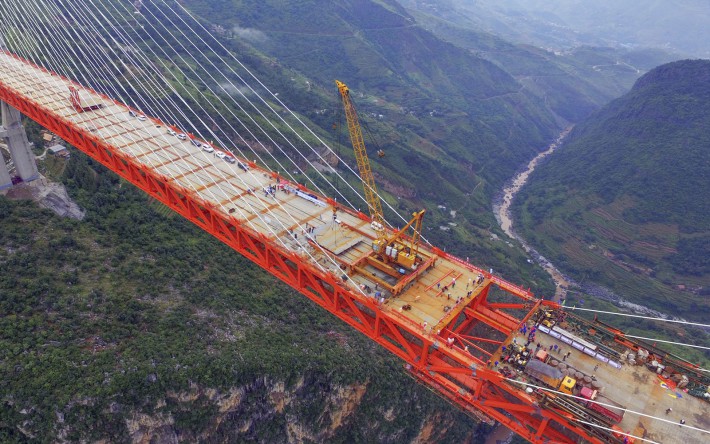 Xinjiang today, heading for Poltava in Ukraine with a load of oil drilling equipment, Xinhua reports. Cheng Jingmin, Deputy Manager of Xinjiang Beiken Energy Engineering, which provided the equipment, said the new route, running through Kazakhstan and Russia, will cut transportation time from more than two months by sea to 15 days.

Schiller Institute Chairwoman Helga Zepp-LaRouche, in her Oct. 26 webcast, pointed to the importance of expanding Ukraine’s participation in such Belt and Road projects, thereby creating grounds for ending that dangerous crisis. Noting that Chinese Foreign Minister Wang Yi had just met with his Ukrainian counterpart Pavlo Klimkin, and both said that they want to cooperate very closely in the Belt and Road Initiative, Zepp-LaRouche continued: “That is what we have said for years: The only way that you can solve the Ukraine crisis–where the west of Ukraine is Western oriented, Catholic; and the eastern part, is Orthodox, Russian oriented–the only way that you can get back to the unity of Ukraine, is if the Eurasian Land-Bridge, the New Silk Road, is in construction from the Atlantic to the Pacific, and in that way, a higher level of cooperation is implemented, which then solves all of these conflicts. So that is also a very promising development.”