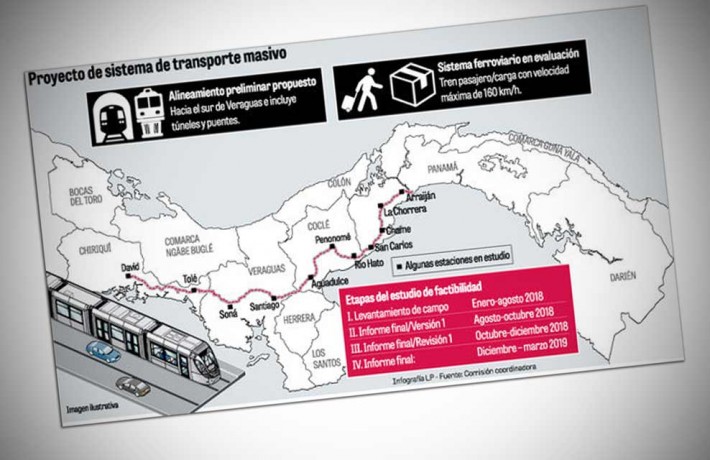 President Juan Carlos Varela presided over a ceremony Friday for the release of China Railway Design Corporation’s feasibility study on the Panama City-David high-speed railway line agreed upon as part of Panama’s participation in the Belt and Road Initiative. The study found that building the proposed 391.3 km railway from the capital to David, a city near the Costa Rican border, is economically and, as the President emphasized, socially viable—and that it is feasible to extend it into Central America. 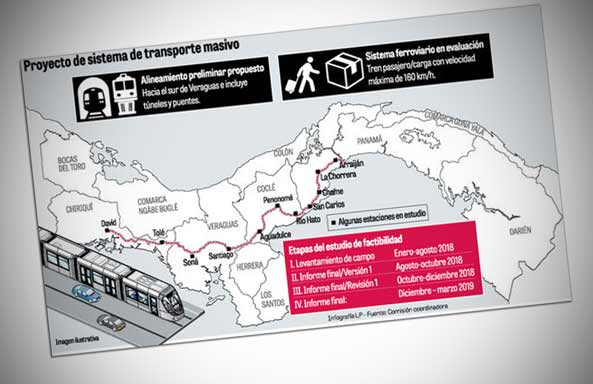 The railroad will provide “unprecedented integration of the country, and will empower the country’s logistical platform,” Varela said at the ceremony. The study took into consideration its future extension into Costa Rica, which would “facilitate trade of products between our [Central American] countries, which face great challenges in the area of logistics,” he stressed.

“Such a railway has been the dream of Panamanian leaders for 100 years, and therefore I hope that future leaders will take it up and make it a reality, always thinking of Panama first,” Varela added.

Panama will elect a new President on May 5, and Varela had previously announced that it will be up to his successor to undertake the project. By ensuring the feasibility study was released with proper promotion now, Varela is placing Panama’s participation in the Belt and Road, with the great potential it represents for transforming the country’s poorer regions, at the center of that campaign. (He cannot run again because of term limits.)

The CRDC, assisted by Panamanian government agencies, universities and private consulting companies, estimates that it will take six years to complete the railway, at a cost of $4.1 billion, involving 6,000 employees, direct and indirect, to build it, and 2,900 to operate and maintain it once built.