Webcast—Neocons Move to Box Trump In, While Italy Points Toward the New Paradigm 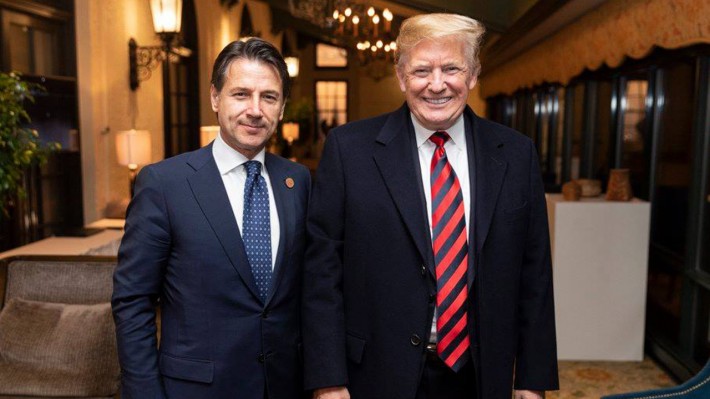 Webcast—Neocons Move to Box Trump In, While Italy Points Toward the New Paradigm

The ongoing battle between two paradigms was center stage in Italy this week, as the conference cosponsored by Movisol and the Lombard Region, demonstrated the potential for the Belt-and-Road Initiative (BRI) to break the power of the London-run geopoliticians in Europe. Helga Zepp LaRouche’s report on the conference, at which she spoke, and was joined by Michele Geracci, an Undersecretary of the Italian Finance Ministry and head of the government’s China Task Force, highlighted the significance of the upcoming trip of Xi Jinping to Italy, and the signing on an MOU for Italy to join the BRI. If Italy and fifteen other EU member nations can participate, for mutual benefit, with the BRI, what of France and Germany? Why are the EU bureaucrats and the London neo-liberals so distressed by this development?

Contrast this potential to the hysteria coming from EU bureaucrats, from NATO officials such as Gen. Scaparroti, and from U.S. Secretary of State Pompeo, which is part of a neocon contingent trying to rein Trump in. Helga presents a clear picture of how the neocons are moving, aiming at sabotaging the trade talks with China, denuclearization of North Korea, and pushing for regime change in Venezuela, to force Trump to move away from his campaign promises.

She appealed to viewers to use the mobilization to exonerate Lyndon LaRouche as a means of bringing down the war party, which is continuing its efforts to destroy the potential of the Trump presidency.