Webcast – The Battle Lines are Clear: New Paradigm, or Economic Chaos and War 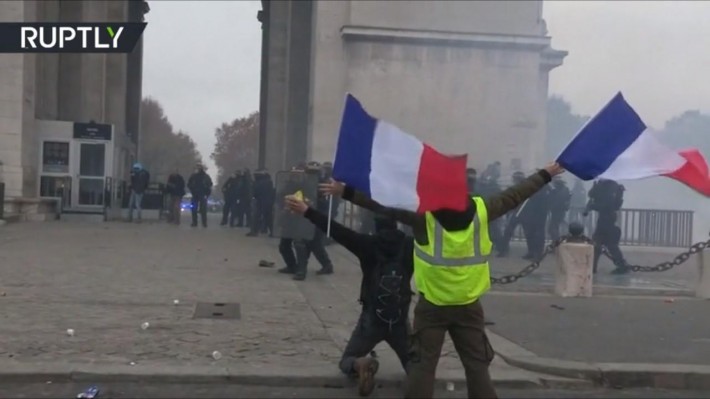 Webcast – The Battle Lines are Clear: New Paradigm, or Economic Chaos and War

We’re happy to bring you this week’s webcast with Helga Zepp-LaRouche.

There is a rebellion in Europe!  From the Yellow Vests, to Brexit, to the political crisis in Germany—mass ferment continues to build against the imploding neo-liberal order.  The exception in Europe is Italy, which is the only stable government fighting against the EU insanity (with Portugal and Spain starting to make some interesting moves as well).

Looking at the global situation, we do have some positive developments coming out of the recent G20 meeting in Argentina.  Presidents Donald Trump and Xi Jinping held critical talks, concluding that the U.S. and China can work together.  Unfortunately the anti-Russia chaos operations did succeed in preventing Trump from meeting with Putin, but Trump is continuing to fight back.  In a recent Tweet, Trump emphasized the need to work with with Xi and Putin to stop the arms race.

In the United States, we see an important development involving the Congress.  46 of the newly-elected Democrats have released a letter saying their intention is to focus on addressing real issues, like health care and infrastructure, and they didn’t focus on the ridiculous charade of calling for Trump’s impeachment.

And we have some new progress with the Belt and Road Initiative, with Portugal now signing on!

Image credit: A standoff at the Arc de Triomphe led some to draw parallels between the Yellow Vest protests and France’s revolutionary past. [Ruptly / Screengrab]