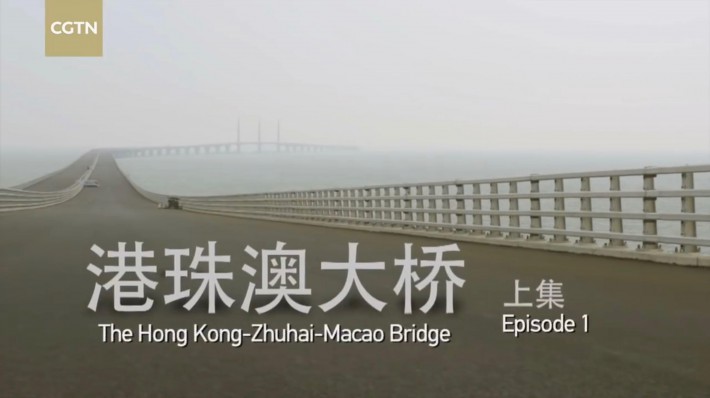 Including its access roads, the bridge spans 55km (34 miles)connecting Macao and the mainland Chinese city of Zhuhai to Hong Kong across the Pearl River Delta, BBC reported today.

The bridge was built to withstand earthquakes and typhoons, with 400,000 tons of steel used — enough to build 60 Eiffel Towers.

About 30km of its total length crosses the sea of the Pearl River delta. To allow ships through, a 6.7 km section in the middle of the bridge dips into an undersea tunnel that runs between two artificial islands built for this purpose. The remaining sections are link roads, viaducts, and land tunnels connecting Zhuhai and Hong Kong to the main bridge. It cuts travel time between Macao and Zhuhai on the west side of the delta to Hong Kong to less than an hour, from what used to be four hours; travel time between Zhuhai and Hong Kong International airport will now take 45 minutes.

The bridge is part of China’s plan to create a Greater Bay Area, including Hong Kong, Macao, and nine other cities in southern China, BBC reports.
The bridge, which cost $20 billion, will open to traffic a 9 a.m. on Wednesday, Oct.24.

Chinese Vice-Premier Han Zheng, who is in charge of China’s affairs with the Special Administrative Regions of Hong Kong and Macao, said, “As the first massive infrastructure project cooperation between the three cities, the opening of the bridge helps with the interaction between residents in the area, has economic benefits, helps push the Greater Bay Area vision forward and is beneficial to the combined competitiveness of Zhuhai, Hong Kong and Macao.”

Hong Kong Chief Executive Carrie Lam said the bridge will create an ideal living environment, where the three cities are within one hour’s reach from each other. The bridge structure features a dual three-lane main bridge 30 km long, two artificial islands, and link roads totalling 25 km. The Hong Kong part of the bridge starts with the Hong Kong Port east of the city’s international airport and north of Lantau Island. It connects with a link road, followed by a 6.7 km sub-sea tunnel on one of the world’s busiest waterways, a main bridge, and a link road to Zhuhai.