Webcast: What Will It Take to Defeat Russiagate, and Bring the U.S. and Europe Into the New Paradigm? 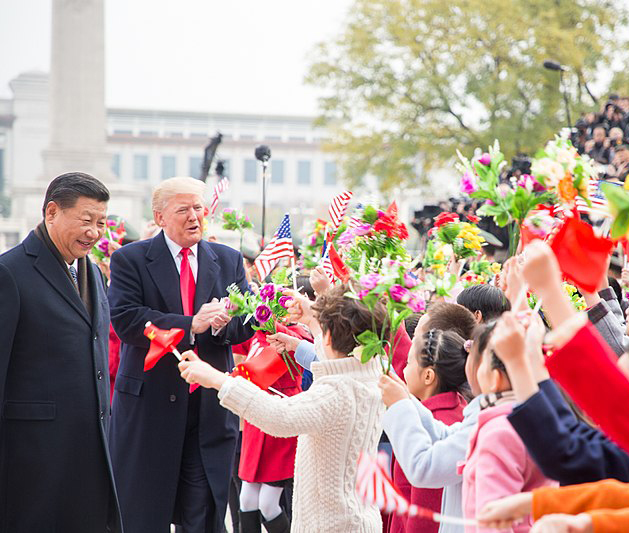 Webcast: What Will It Take to Defeat Russiagate, and Bring the U.S. and Europe Into the New Paradigm?

In a discussion on October 1, Helga Zepp LaRouche identified the current crisis as one in which two contrasting dynamics have been unleashed, and are in direct conflict. One is defined by the collapsing financial/geopolitical system in the Trans-Atlantic region, in which the acceleration of the downward spiral is the factor driving desperate leaders of the failed paradigm to unleash more conflicts, increasing the danger of global warfare, including nuclear war. At the same time, the New Paradigm associated with the global economic and diplomatic initiatives of the Belt-and-Road Initiative, and the BRICS, a paradigm of peace and development, is gaining momentum, as a growing number of nations are choosing the New Silk Road spirit, over the deadly course of imperial geopolitics.

The question posed to all citizens in the west is whether the United States and nations of Europe will act to break with the past, and thereby assure the success of the New Paradigm. President Trump’s speech to the United Nations last week sounded many of the same themes he voiced to win the 2016 election, including rejection of Mideast wars and regime change policies, of the right of nations to sovereignty, and ending the colonial practices being imposed under the guise of “free trade”. But despite these positive themes, and the courage he has shown in his ongoing battle against the British-directed, corrupt officials from the Bush-Obama-Clinton network of intelligence operatives running Russiagate against him, the neo-cons and neo-libs have not yet been defeated, and continue to assert a significant negative influence on U.S. and NATO policy.

It is therefore necessary to escalate the fight to bring the authors of the regime change coup attempt against President Trump to justice. Trump’s order to declassify documents related to systemic illegal actions by top Department of Justice/FBI officials, combined with Congressional hearings into the May 2017 meeting (or meetings), during which — according to former Acting Director of the FBI Andrew McCabe — Deputy Attorney General Rosenstein discussed a plan to remove Trump using the “25th Amendment”, will provide more evidence which can be used to shut down the coup. The upcoming mid-term elections must be taken as a point of mobilization against the coup, to show that Americans are ready to join the New Paradigm.

Help us build the audience for this Thursday’s webcast. Each week, Helga offers a compelling picture of the latest developments, and clear marching orders on how citizens can intervene to crush the coup, and bring the U.S. and Europe into the New Paradigm. We must not miss this opportunity.