Webcast: Will Obama Administration Join Leading Brits on Trial as the Real “Collusion” Is Exposed? 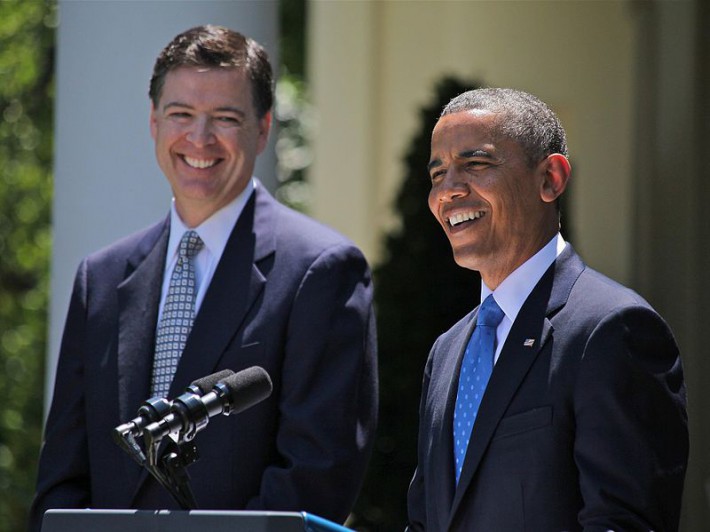 Webcast: Will Obama Administration Join Leading Brits on Trial as the Real “Collusion” Is Exposed?

Over the weekend, Deputy Attorney General Rod Rosenstein bowed to pressure, assigning the Justice Department’s (DOJ) Inspector General to investigate whether the FBI and DOJ infiltrated or surveilled the Trump campaign during the 2016 election. Rosenstein added that if an investigation determines that was done, they would “take appropriate action.” New revelations are pointing to the role of not just FBI/DOJ corruption and crimes, but also violations by the CIA, especially former director John Brennan, in coordinating an operation against the Trump campaign with a foreign power — the British Empire, through its intelligence arms, GCHQ and MI6. The British-Obama networks behind Russiagate were operating on behalf of a global banking/financial cartel, centered in the City of London and Wall Street. As its dirty tricks in running a regime change coup against President Trump are increasingly being exposed, so too is it becoming apparent that its global speculative casino is heading toward a spectacular collapse. They are resorting to their old stand-bys — using coups, proxy wars, terrorism, sanctions and blackmail — to try to bluff their way through.

But this time, it is different, as a New Paradigm, which will replace the old paradigm of the financial elites and their geopoliticians, is gaining strength. On Monday, the Schiller Institute’s Helga Zepp-LaRouche, who has been leading the fight for this New Paradigm, said that to stop the coup in the U.S., it is necessary to implement the Four Laws of Lyndon LaRouche, and mobilize for the United States and others, including Germany, to join the New Silk Road. “This war can be won,” she said. “We have come a long way, and there are more battles to be fought, but history will be shaped by the ideas of Lyndon H. LaRouche.” Mrs. LaRouche will push this battle forward with her weekly strategic webcast on Thursday, May 24. Join her and your host Harley Schlanger, to become a part of the movement shaping the future.