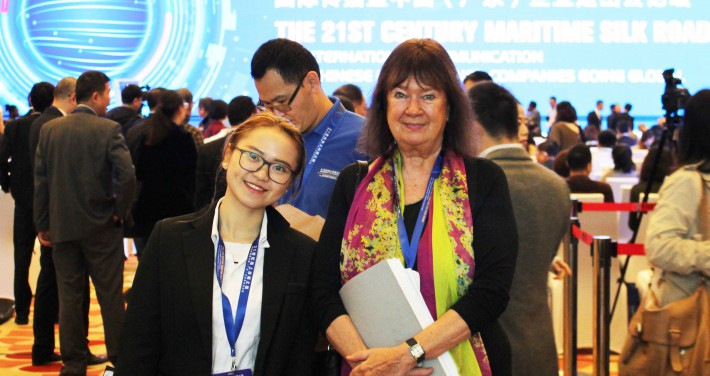 The hysterical and vitriolic rhetoric against Russia, coming from Britain’s imperial oligarchs and their intelligence services, channeled through Theresa May and Boris BoJo Johnson, is fooling no one. While some governments have subserviently gone along with the dangerous provocations, others, including the U.S., have made only token gestures. These actions, including expulsion of diplomats, have heightened tensions, but are thus far falling short of May’s claims of a global united front against Russia. Many nations seem more in line with the thinking of Russian Foreign Minister Lavrov, who said of the May government’s unfounded allegations in the Skripal affair, that it is “too obvious that our British colleagues have lost their sense of reality.”

Those leaders who have not lost their sense of reality instead have been engaging in an impressive array of diplomatic and economic activity, forging agreements to participate in China’s Belt-and-Road Initiative BRI). Parallel to these efforts is a Russian initiative to bring peace to Syria, working with Syria’s neighbors. The British-directed geopoliticians have no doubt taken notice that as this initiative moves forward, President Trump restated his campaign promise to end all U.S. military involvement in Syria, while reiterating his desire for a summit with Putin in the near future.

What is behind the British attacks against Putin and Russia is not the fraudulent claim that Putin ordered the poisoning of a former Russian intelligence officer, just as the Mueller investigation has nothing to do with “Russian meddling” in the U.S. election. The target of these provocations is the New Paradigm, associated with the BRI, which the City of London and its Wall Street allies correctly have identified as the successor to their failed system. Were the U.S. to join with Russia, China and India, as Lyndon LaRouche urged in the aftermath of the 2008 Crash, there would be no way to prevent the emergence of the New Paradigm.

Join us this week, As Helga Zepp LaRouche provides an urgent update on the extraordinary developments of the last days.