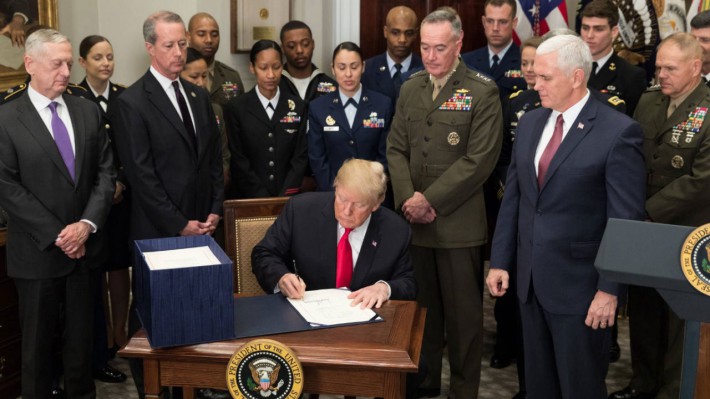 As the evidence needed to shut down the London-Obama “Russiagate” regime change coup against President Trump is being pulled together and hopefully released to the public, the so-called neo-conservatives within and outside the administration are escalating war provocations against Russia and China. Trump’s stated intent continues to be to forge good, cooperative relations with Russia and China; those trying to remove him are driven by a desperate understanding that, if Trump succeeds in bringing the U.S. into collaboration with Russia and China, their old paradigm, based on geopolitical manipulation, and the wars which are an essential part of it, will be swept away, and the empire of worthless financial instruments and debt will be collapsed on their heads.

Russian and Chinese leaders have issued clear warnings of the dangers implicit in the insane “national security strategy” being pushed by the neo-cons, even while continuing to seek cooperative engagement with the United States, to address problems with North Korea, the Near East and Ukraine. The fantastic progress demonstrated by China’s fight to eradicate poverty at home, and the potential for real economic development of the world’s less-developed nations, through its global initiative, the New Silk Road, are rallying nations from Africa, South America, Asia and Europe into an unstoppable alliance.

The next days offer opportunities for building further momentum for the New Paradigm, from Trump’s appearance in the Swiss Alps at Davos, and in his January 30 State of the Union address, as well as in the meeting on Syrian reconstruction at Sochi. This is not the time to be a passive spectator, when so much is at stake. Join Mrs. LaRouche this Thursday, and become part of the dynamic, inspirational force consolidating the New Paradigm.