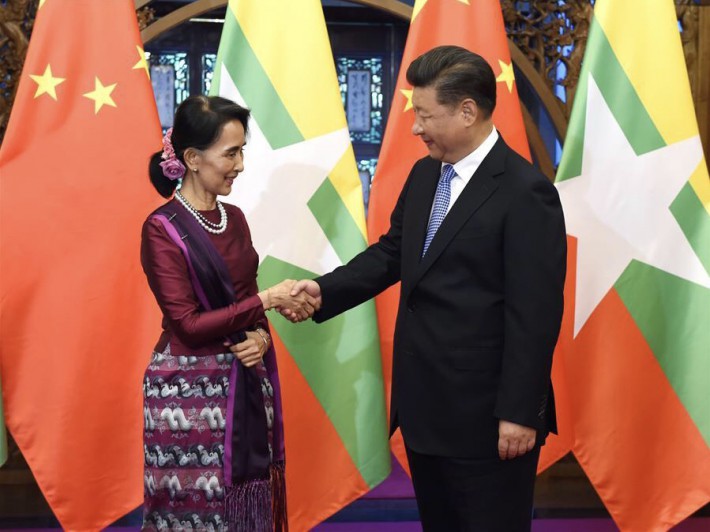 In this context, China has advanced a well received proposal in Myanmar, for a three-phase plan of action, so that Myanmar refugees in Bangladesh can return home. The International Organization for Migrations says that more than 610,000 Rohingya have fled to Bangladesh. Speaking of the BRI China-Myanmar Economic Corridor, Wang pointed out that “China regards Myanmar as an important cooperative partner on the joint implementation of the Belt and Road Initiative, and is willing to discuss the building of China-Myanmar economic corridor based on Myanmar’s development guidelines and practical needs, so as to promote common development of the two countries.” Wang further said, the Chinese side believes the Myanmar government has the wisdom and capability of pushing forward its domestic peace process, and China will continue to offer support at Myanmar’s request, reported Xinhua.

„The economic corridor will start in China’s Yunnan Province, extend to the central Myanmar city of Mandalay, and then east to Yangon and west to the Kyaukpyu special economic zone, forming a three-pillar giant cooperation pattern,” Wang said at the press conference on Nov. 19th., reported Global Times.