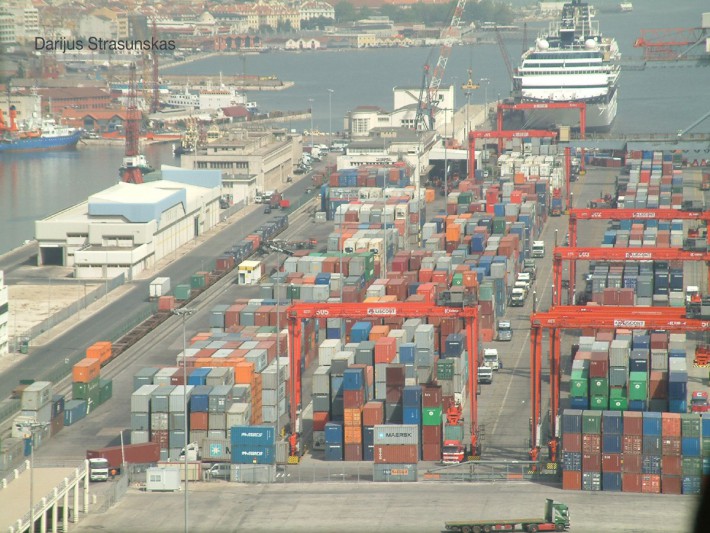 Nov. 1, 2017 -Portugal’s Minister of the Sea, Ana Paula Vitorino, accompanied by representatives of 39 Portuguese port and related companies and industries, is in China for a busy, eight-day visit (10/28-11/4) to concretize Portugal’s participation in the Maritime Silk Road. That includes hopes for some $2.5 billion in Chinese investments in expanding container and other facilities in the Portuguese ports of Sines (towards the south), Lisbon (in the center), and Leixoes (towards the north), as well as in areas of “blue biotechnology,” oceanic aquaculture, and marine industry. The first of two planned high-level seminars took place in Beijing on Monday, with representatives of 86 Chinese companies present. Vitorino’s Chinese counterpart, State Oceanic Administration Director Wang Hong, there spoke of maritime cooperation as an “essential part” of Chinese-Portuguese cooperation, and discussed China’s overall view of the “ocean as an important doorway for China to embrace the whole world.”

Vitorino, for her part, said that “Portugal wants to declare itself a global logistical hub in the Atlantic area,” and “double the value of the blue economy,” to the level of becoming one of the five most sea-related economies in the world. She described Portugal as “a necessary stop on north-south Atlantic routes … [and] a required crossing point in east-west routes.”

That statement echoes Portuguese State Internationalization Secretary Jorge Costa Oliveira’s declarations at the May Belt and Road Forum in Beijing, that Portugal desires that “a maritime route to [the port of] Sines be included, and in addition, that the land rail Silk Road, which already goes from Chongqing to Madrid, also comes to Portugal.”

So far, Vitorino has signed an Action Plan with her Chinese counterpart, outlining collaboration on research and commercial projects as China and Portugal establish an expanded “blue economy” partnership. She met today with the President of the Development Bank of China. Vitorino also reported that agreements had been reached between Portuguese and Chinese companies to form consortia which would compete for various of the planned investment projects. No specific details were given, but the Portuguese businesses represented are leading port operators, construction companies, logistics operators, naval boatyard repair works, engineering, energy, aquaculture, and fish transformation companies, Macauhub reported.