In Transaqua, A Dream Is Becoming Reality for Africa 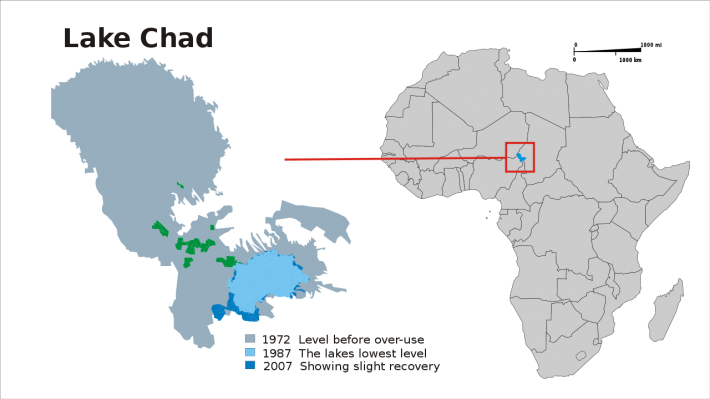 In Transaqua, A Dream Is Becoming Reality for Africa

Dec. 26 (EIRNS)—Decades-long efforts by the Transaqua authors and by the Schiller Institute have achieved a success, as Powerchina, the Lake Chad Basin Commission, and Nigerian authorities on Dec. 13 signed a Memorandum of Understanding for a water transfer project from the Congo Basin to Lake Chad. The project follows exactly the layout of Transaqua, the Italian project for a waterway from the Congo basin to the Lake Chad basin; it is aimed at replenishing Lake Chad and creating a Central Africa transport, energy, and agriculture infrastructure.

With this, the New Silk Road has reached Lake Chad!

According to a statement issued by the LCBC, the deal involves the initial stages of the Transaqua canal. Powerchina, the report says, will study the feasibility of “an African infrastructure project by opening a new corridor of development linking West and Central Africa, through:

“The core idea is to increase the water quantity in the Lake Chad, improvement of water flow conditions, alleviate poverty within the basin through socio-economic activities, meet the energy needs of towns surrounding the two Congo, and to conduct an in-depth environmental impact assessment.”

Previous to the deal, detailed Terms of Reference and methodology for a feasibility study had been provided to the LCBC by a team of the Italian Bonifica engineering firm, led by engineers Marcello Vichi and Andrea Mangano, authors of the original Transaqua idea more than 35 years ago. LCBC Executive Secretary Abdullahi Sanusi Imran had acknowledged, in a communication to the Italians, that the Transaquaconcept “is much more appropriate for the situation of the Lake Chad than all other alternative solutions.” Both Vichi and Mangano had presented the idea at an EIR seminar in Frankfurt last March 23, with the participation of LCBC representative Mohammed Bila.

With Powerchina, a most powerful partner enters the constellation of forces. Powerchina is the Chinese state-owned company that built the Three Gorges Project, the largest hydropower project in the world.

In remarks reported by Nigerian media, the Vice-President of Powerchina, Mr. Tian Hailua, “explained that with the transfer of water to the lake, there is the potential to develop a series of irrigated areas for crops and livestock of over an area of 50,000 to 70,000 sq km in the basin.”

Nigerian Water Minister Suleiman Adamu”noted that the project is a generational project as it would take a long time to actualize, due to the huge capital involved and the complexity of the nature the project. He, however, called for concerted efforts from all to see that the project is achievable as this would save the livelihood of over 40 million people living within the basin.”

Although the volume of water transfer specified is half of the volume of the original Transaqua project to refill Lake Chad, it is expected that the Powerchina study will explore the feasibility of building a system of dams and waterways which can be extended southwards in the Democratic Republic of Congo, involving all the right-bank tributaries of the Congo River. In this way, the project will not only be a simple water transfer but also a major transport infrastructure connecting all nations of Central Africa.

“To be complete, the feasibility study should explore from the beginning the complete length of the water-transfer project,” Transaqua author Marcello Vichi stated, “even if the canal, obviously, should necessarily start from the north, in Central African territory, to proceed southwards as much as allowed by the available funds and by national will. The longer the canal, the bigger will be the water volume to be poured into the lake.