China To Build New Megaport in Peru as “Continental Hub” 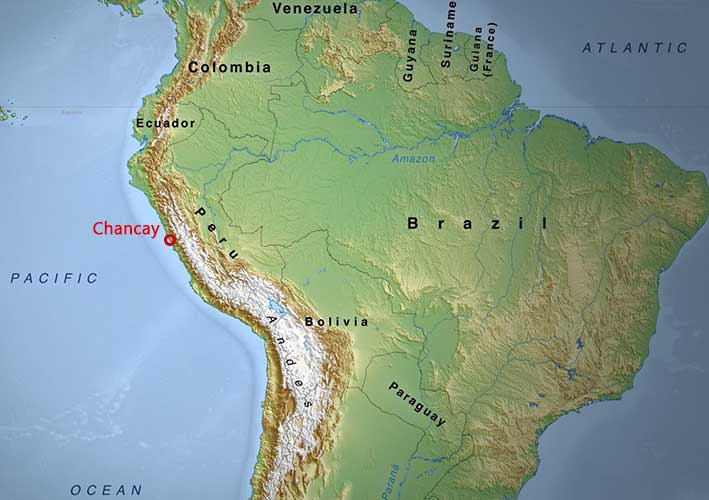 China To Build New Megaport in Peru as “Continental Hub”

Peru’s signing an MOU joining the Belt and Road Initiative during the Second Belt and Road Forum for International Cooperation April 25-27 has set into motion huge economic development projects which China has been offering.

Peru’s Volcan mining company and China’s port and shipping giant COSCO signed an agreement on May 13 to construct a megaport in Chancay, 50 km north of Lima. Chancay is a natural deepwater harbor (maximum water-depth of 16 meters), capable of handling today’s largest ships, but currently with no commercial port capacity. Now it is to be developed into the biggest port on South America’s Pacific Coast, and serve as a “continental hub” for cargo between South America and China, with two specialized terminals able to handle container, bulk, roll-on/roll-off and general cargo. Projected completion is in 28 months, with an estimated 9,000 jobs (1,500 direct and 7,500 indirect) created in the process.

“COSCO Shipping will jointly cooperate with Peru to develop the Port of Chancay into an important hub port in Latin America near the Pacific Coast, which will promote regional economic development. It will become the new link and bridge for trade and economic exchanges between China and Peru,” Captain Xu said at the signing.

“a milestone. Based on mutual connectivity of the Belt and Road Initiative, the companies from China and Peru jointly invested and developed the Chancay Project, which lays a solid foundation for Peruvian economic development,” he said.

“The construction of the Port of Chancay will contribute to regional development, and we expect to develop the Port of Chancay into one of the most important ‘hub’ ports in South America, and a logistics center near the Pacific Coast, which will promote regional trade and trade between China and the Latin America.”

This new “regional hub” begs the question of the continental rail network which has yet to be built. Not surprisingly, President Vizcarra raised the bioceanic part of that rail network, in a recent interview with Reuters. Vizcarra suggested that China — among others — could be a natural partner to help finance and build the bioceanic railroad, because it would be purchasing its products. He referred to the Central Route, connecting Brazil and Peru through Bolivia.