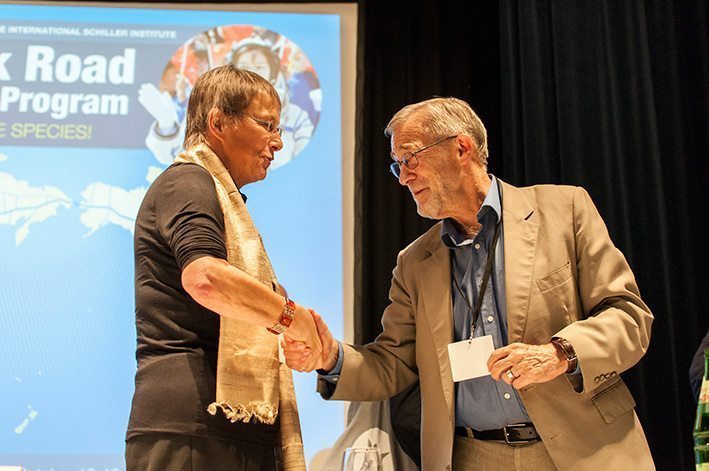 A high-level guest speaker from the previous  30th Anniversary Schiller Institute Conference, Ray McGovern,  was arrested in New York on October 31, 2014.  The 75-year-old former CIA Agent and current peace activist was detained before the start of a talk between former CIA director David Petraeus, retired US Army Lt. Col. John Nagl, and author Max Boot on American Foreign Policy.  Witnesses claimed that during the arrest he was declaring “I have a ticket!” but the police continued to very aggressively arrest the 75 year old man.  Ray McGovern’s presentation at this latest Schiller Institute Conference is a living testament of what is needed to address to current political situation.  His speech went through the double-talk of American Political leaders and the shameless submission by Europe’s leader, but what he stressed the most was the importance of organizing as opposed to simply giving speeches or spreading information. 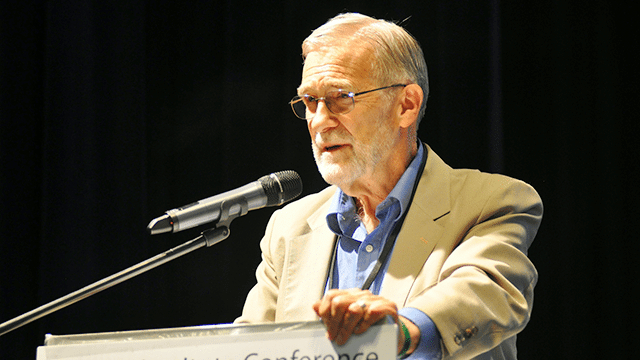 …And guess what? I don’t know how it is here in Europe, but in America, people don’t like to see old people get beat up. How do I know that? Hillary Clinton received thousands and thousands of telephone calls and telegrams and emails saying “What are you beating up an old man for?

…if you have some gray in your hair, put your body into it. People don’t like old people to get beat up.

Now, you young people! You got really good models here. You got Sophie Scholl, 21, 22; you’ve got Bradley, now Chelsea, Manning, who was 22 when he did his deed, you have Edward Snowden who was 29—there is great hope.”

In light of these events we’ve attached McGovern’s speech to highlight the importance of courage and the necessity for those viewing to become involved.