Why the JFK Files Must Be Released Now! — A Tribute to John F. Kennedy featuring Mozart’s Requiem 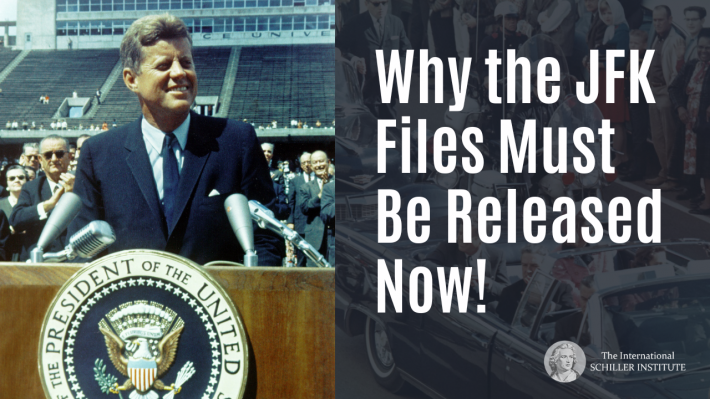 Why the JFK Files Must Be Released Now! — A Tribute to John F. Kennedy featuring Mozart’s Requiem

December 28, 2022by David Dobrodt in General

The murder of John F. Kennedy, 35th President of the United States sixty years ago, was also the murder of the American republic—and that murder is still unresolved in the minds of the American people. Many subsequent crimes, including many criminal wars and deposing of governments, are actually derivative expressions of that “murder most foul.”

Now, because of a December decision by the Biden Administration to continue to suppress certain documents, there is renewed discussion about the potential international significance of releasing thousands of pages of still-withheld files regarding the assassination of President Kennedy. Can the United States finally regain its soul as a nation through the public exposure of how and why American (and other) governmental and non-governmental institutions may have played a role in—or even directed—the assassination of President John F. Kennedy on November 22, 1963?

Answering that question with “the truth, the whole truth, and nothing but the truth,” is now essential to restoring the trust of both the American people as well as that of other nations in the now horribly compromised Congress, Presidency and American judicial system. To successfully do this, in the 60th year after JFK was murdered, requires a higher cultural vantage point from which to see and face the truth. Mozart’s Requiem, performed in Kennedy’s honor immediately after his assassination at the request of Jacquline Kennedy, provides that. The greatest beauty is required to confront the greatest ugliness. “

The Schiller Institute commemorated the January 1964 performance of the Mozart Requiem at Boston’s Cathedral of the Holy Cross, 50 years to the day, January 19, 2014 . On that occasion, chairwoman and founder of the Schiller Institute Helga Zepp-LaRouche, who attended and briefly spoke (along with former Mayor of Boston and Ambassador to the Vatican Ray Flynn,) observed,“It is urgent to evoke again the divine spirit of beauty of Mozart’s composition in order to recreate in us the better world which both Kennedy and Mozart represent.”