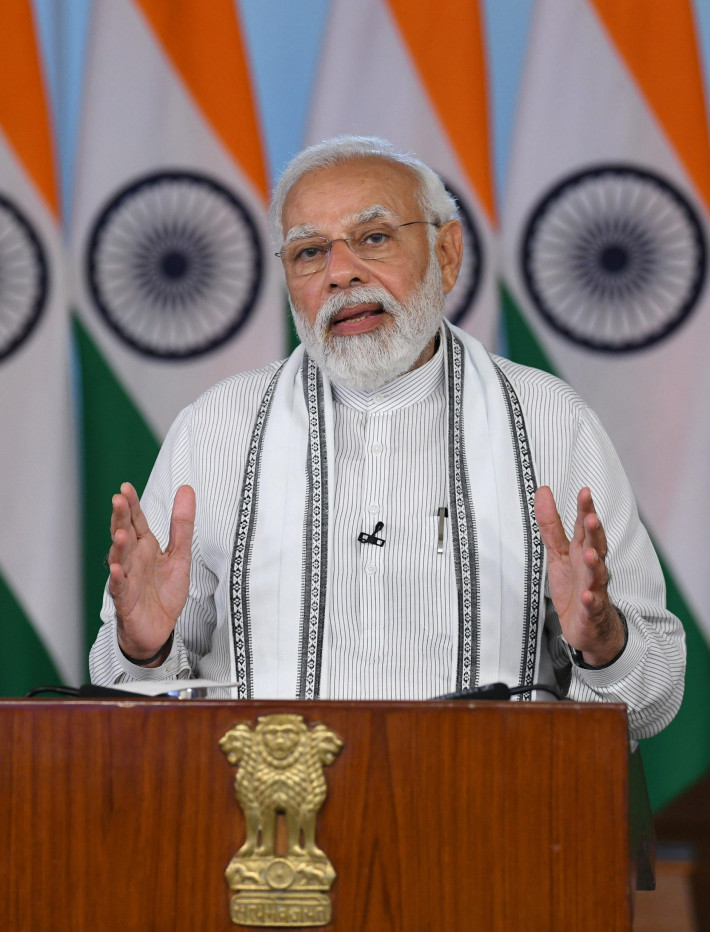 Aug. 15, 2022 (EIRNS)–Speaking on the occasion of India’s 75th Independence Day, Prime Minister Narendra Modi made a strong push for the development of his nation. “By the 100th year of Independence, we have to work with the vision of accomplishing what our freedom fighters dreamt of,” Modi declared. He called on youth in particular to devote themselves to this goal, saying “We must resolve to work towards a ‘Viksit Bharat’ (Developed India) and remove any vestiges of colonialism from any corner or in our hearts.”

“In the coming years, we have to focus on ‘Panchpran’ (5 pledges). First: to move forward with bigger resolutions and resolve of developed India; second: to erase all traces of servitude; third: be proud of our legacy; fourth: the strength of unity; and fifth: the duties of citizens that also includes the PM and CMs,” Modi noted, referring to the Prime Minister and Chief Ministers. “We will work towards the development of the entire humanity. That is the strength of India,” he added.

The Prime Minister also referenced the freedom fighters of India’s past, including Gandhi, Bose, Ambedkar, Savarkar, and others. “When the dreams are big, hard work is important. It needs to be inspired by the pledge and the determination of freedom fighters who dreamt of a free India,” Modi said.