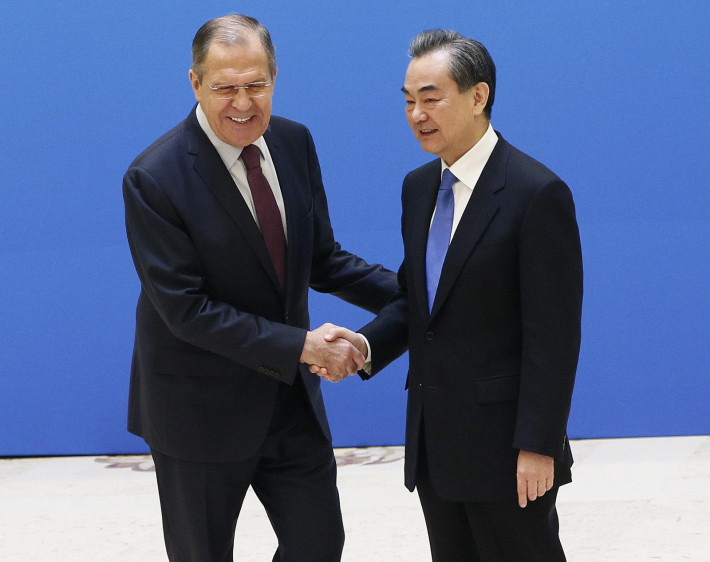 Aug. 6, 2022 (EIRNS)–Russian Foreign Minister Sergey Lavrov and his Chinese counterpart, Wang Yi, met again on the sidelines of the ASEAN meeting in Phnom Penh, Cambodia on Aug. 5, their third meeting in the past 30 days, Lavrov noted; the two had consulted when they were in Bali for the G20 ministerial on July 7 and in Tashkent on July 28 for the SCO ministerial. There is nothing obligatory about their schedule; “every time we meet, we see that Russia and China have more issues to discuss and adopt practical decisions on,” Lavrov remarked in opening their meeting, the Russian Foreign Ministry reported.

Lavrov pointed to their common evaluation of “the arrogance” with which “the United States is using every available opportunity to strengthen its domination across the world…. The Americans are acting to suppress any manifestation of independence. In this spirit, they decided to turn Ukraine into a threat for the Russian Federation…. Nancy Pelosi’s visit to Taiwan is in keeping with this approach….

“I am sure that our strategic partnership is a motivating force behind the movement for the priority of international law over the `rules’ invented by the United States and its satellites. The matter concerns above all international law, beginning with the UN Charter and its fundamental principle of the sovereign equality of states. The United States is violating this principle everywhere every day. We must respond to that.” BangladeshBeyond has the full report.

In this regard, Lavrov cited in particular the “Group of Friends in Defense of the UN Charter” at the United Nations, a forum on which he said both China and Russia are working. “I regard it as a promising structure that should be expanded. We are confident that more countries will join in this work.”