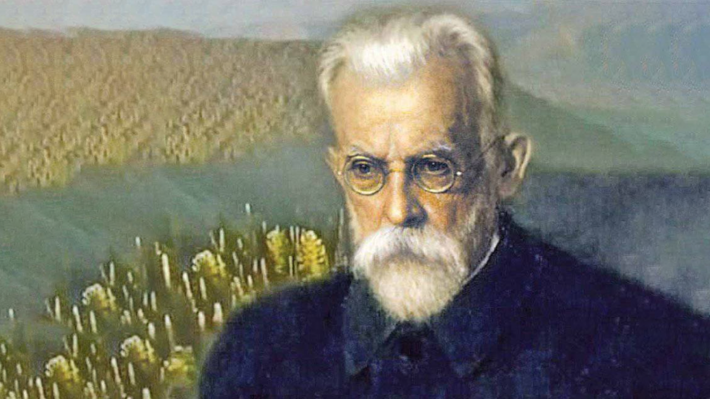 Excerpts from the Schiller Institute conference of June 18-19, 2022

The philosophical ideas of Russian-Ukrainian scientist V.I. Vernadsky are as fresh today as they were when Scientific American published Vernadsky’s vision of post-war scientific collaboration in the January 1945 edition of Scientific American. In many respects, science in the West has still to “catch up” to Vernadsky. His reflections on time, space and living matter can still serve as food for thought for scientists today, with his many creative insights that still have to be followed up. Vernadsky’s thought is especially important today when the necessary collaboration of scientists has been disrupted by intensified rivalries between nations, “cancel culture” movements, and exclusivist “bloc building.” The achievements of the Russian-Ukrainian scientist in promoting both the development of science in Russia and in Ukraine might serve as a model of collaboration to which science can again return.