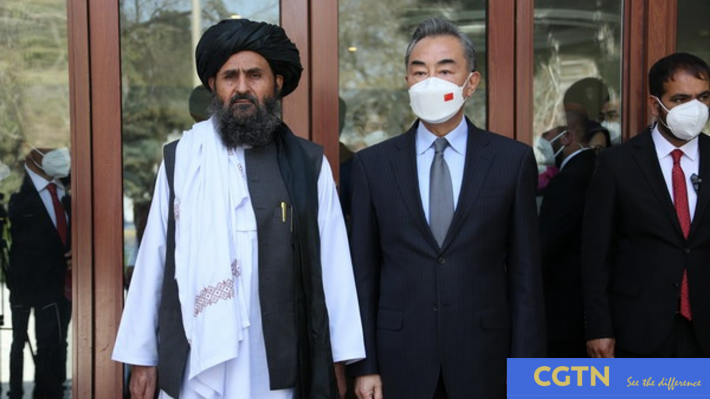 March 24, 2021 (EIRNS)–This morning, Chinese Foreign Minister Wang Yi made a surprise visit to Kabul, where he met with Afghan Deputy Prime Minister Abdul Ghani Baradar. A statement from the Chinese Foreign Ministry reports that China welcomed Afghanistan’s active participation in the Belt and Road Initiative, and in particular, China expressed favorability to extending the China-Pakistan Economic Corridor to Afghanistan. Wang Yi also expressed China’s hope that Afghanistan will fulfill its stated commitment to prevent any external forces from using its territory for action against the security of other nations.

Next week, Beijing will host its third meeting of Afghanistan and neighboring countries, to further regional stability and connectivity.

Wang’s visit follows directly his time in Islamabad, where he was an honored guest at Pakistan’s national day ceremonies, which this year marked the nation’s 75th anniversary. He was also on hand at the time of the weekend’s meeting of the Organization for Islamic Cooperation, whose agenda included support for Afghanistan. This was a topic of Wang’s bilateral talks with Pakistani Prime Minister Imran Khan.

The Chinese read-out of their discussion reported, “The two sides fully recognized the positive role of the China-Afghanistan-Pakistan Trilateral Foreign Ministers’ Dialogue and the Foreign Ministers’ Meeting on the Afghan Issue Among the Neighboring Countries of Afghanistan. Imran Khan said, China-Afghanistan-Pakistan cooperation is conducive to stability in Afghanistan and its role as a hub in regional connectivity. Pakistan is ready to work with China to jointly advance high-quality Belt and Road cooperation and extend the China-Pakistan Economic Corridor to Afghanistan.”