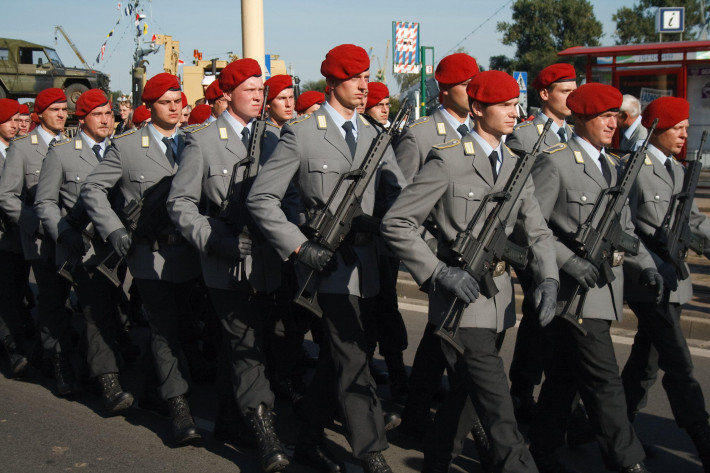 Mar. 24 (EIRNS)–Stirred up by the announcement of the government that an extra 100 billion euros shall be spent to upgrade the armed forces, 600 Germans from politics, science and culture have signed an appeal “No to War!” denouncing the war in Ukraine, but also declaring that, “A massive armament of the Bundeswehr will not help the people in Ukraine. The new weapons to be acquired will not support the Ukrainians in their struggle and right to self-defense. Already now the “defense expenditures” of all 30 NATO countries exceed the Russian ones by almost twenty times. Acquiring conventional weapons such as fighter jets and weaponized drones as a deterrent under nuclear military blocs is pointless. “

The sum of 100 billion euros for arms corresponds to the combined expenditures of several federal ministries, including such important departments as Health (16.03 billion), Education and Research (19.36 billion), Interior, Construction and Homeland (18.52 billion), Family, Senior Citizens, Women and Youth (12.16 billion), Economy and Energy (9.81 billion), Environment (2.7 billion), Cooperation and Development (10.8 billion), and Food and Agriculture (6.98 billion). In the future, 2% of GDP is to be spent on armaments on a permanent basis. This would increase spending to well over 70 billion euros a year.

Since the government wants to adhere to a zero-budget increase, massive cuts in the social, cultural, and public sectors must be expected, the appeal says, pointing out that “security and social justice, not armaments, are the mandate of the constitution. The appeal concludes stating “We have to deal with a situation in which our health care systems are on edge, with a public infrastructure that has been neglected for decades and is now costing us dearly, with a cultural scene that is running on fumes, and with a climate catastrophe.”