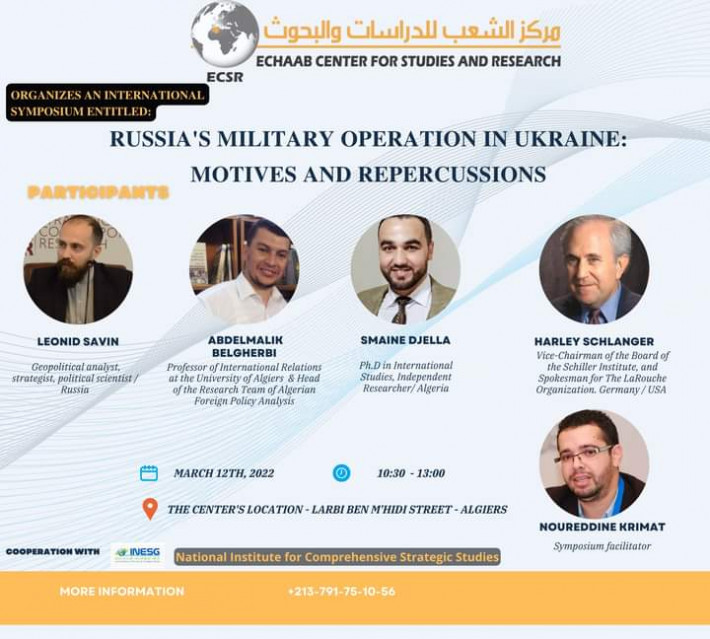 Mar. 12 (EIRNS)–The Schiller Institute participated in a symposium at the University of Algiers this morning on the crisis in Ukraine. Harley Schlanger, a spokesman for the Schiller Institute, was one of three speakers. His address was titled “Economic Warfare Against Russia Deployed to Prevent Economic Integration of Eurasia with Western Europe.”. He concluded his presentation with the call for convening an emergency conference to establish a new strategic and financial architecture, and asking the participants to join us. The host said he would make sure that the participants receive the petition.

There was a twenty-minute Q&A, which followed the presentations. Other speakers were a Russian professor from Ukraine, Leonid Savin (whose website is subtitled “Carthago delenda est”), who presented a very thorough review of the background to the decision to take military actions in Ukraine, and a professor from the university. Savin joined with Schlanger in emphasizing the need to move from a unipolar world – which both agreed will not survive – to one of multipolar cooperation.